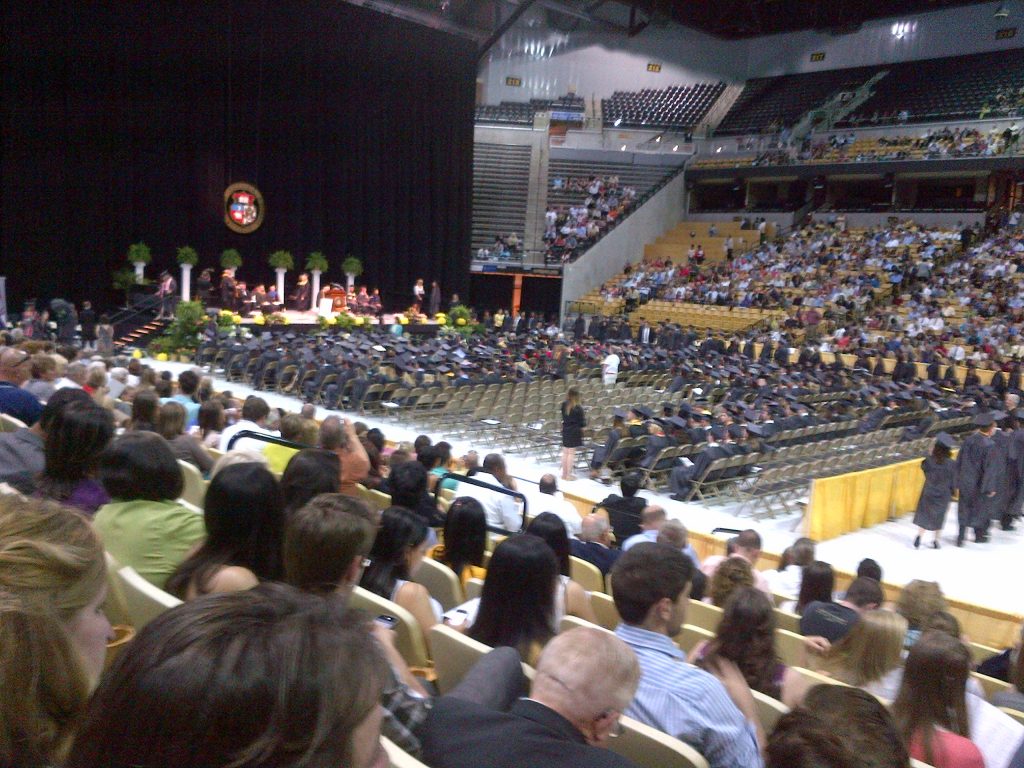 I spent the weekend watching my daughter graduate from college. I felt tremendous pride, as did all of the other parents around me. I have to admit that we also felt a little relieved that college tuition was coming to an end.

As I listened during the many ceremonies to Deans and Professors who shared their insights, my camera focused in on the enamored faces of the students as they listened. On this, such a party day, they sat quietly when appropriate and applauded with enthusiasm.

I heard them cheer particularly loud for one older dean. When I asked my daughter why he received such an enthusiastic response, she said, “Because he’s everywhere. He’s always there when you need him and he’s really, really tough. But he always helps.”

I thought about all of the theories out there that the Millennial generation doesn’t follow leaders. What a load of crap.

My daughter talked non-stop about her magazine senior editor and how she gave her challenging feedback and demanded incredibly long hours. In fact, there was a picture of my daughter sleeping across three chairs because she had stayed in the editing room until 6:00 a.m. to get her work done.

And, yet, my daughter adored this editor. Why? Because the woman put incredible energy into her work and made my daughter a better editor.

Great leaders push and pull and fight to bring out the best in those that they lead. They make people believe that they have greatness in them and then push them to work hard to chisel that greatness out of fear and complacency.

It’s not that the next generation doesn’t want leaders, it’s simply that leaders need to earn their respect. Having a title means nothing to the Millennial Generation. They learned from us, their Boomer parents, that some leaders are lazy and abusive.

Let’s face it, this generation is us, thirty years ago.

There are three key reasons that people in any generation will follow a leader:

These are just my thoughts. I’d love to have yours.

What are other characteristics that create a leader others will follow?

You Change the World Every Single Day

Why I Believe We Are Bigger Than Our Weapons