50+ is Beach Beautiful Too 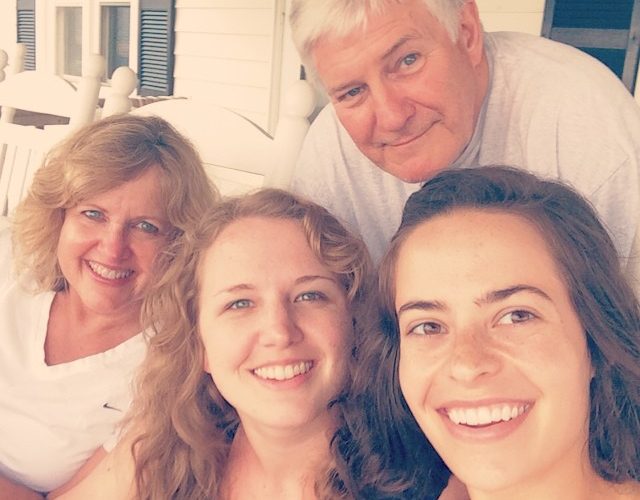 My beach trip this year started with a bang. My husband and I got on the road in record time, had no bad weather, and barely missed an accident on the interstate. Beside the fact that my husband’s first question as I skillfully avoided the accident was, Did you just cause that?, we were off to a great start.

We arrived at our cabin and found it to be absolutely perfect. My daughter and her life-long BFF arrived, and my spirit was dancing. I put on shorts and went out to the deck to read. I sat my ample ass in the rocking chair, and placed my foot up on the deck railing. I felt young, and vigorous, and cool.

Then my husband looked at my ankles with alarm and declared, You have some horrible bruising there. Should you go to the doctor’s office about that?

[quote button_text=”Tweet the Quote”]When I explained that the bruising he referenced was just bad veins, he realized the trip to the doctor’s might be his own.[/quote]

My 54 year-old spirit plummeted, and was not helped by the following:

Stop It – I am Beautiful

I began to feel sorry for myself, facing the realities of age. At least cameras in days past gave you a reprieve since you would have to wait a while for the pictures to develop. Now I was forced to instantly realize that my recent binge of Lay’s Potato chips, while wonderful on the lips, did, apparently, go forever to my hips. The cross-stitch my mom stitched for me in college was true after all (by the way, mom, just cross-stitching a cute picture of a mouse did not make that message any less depressing).

I read a biography about Ava Gardner, and it broke my heart. I bought the book because I had heard that she was quite the Dame — feisty, strong, and fierce.  Then I found out that she searched constantly for her self-esteem, which ended because she took a spill off a horse and received a slight mark on her breath-takingly beautiful face. I realized that if society can make Ava Gardner feel ugly, then us Dames had better step-up our self talk.

I came back to work yesterday and found a balm in Donnalou Steven’s video. Watch this, and you’ll love yourself a little bit more –

Next time I feel the urge to judge my body, I am going to fight back.

Judgment:  Hey, Donna, the veins in your legs don’t look so good.

Dame: Yea, well they carried two other people for a while. They’re still doing their job. I’m good with that.

Judgment: Hey, Donna, your middle is a little thick.

Dame: Really, says who? I believe Ruben would beg to differ. I love my middle. My husband lays his head on it while we watch television and it’s the perfect pillow.

Does it Really Matter?

The best part of the beach had nothing to do with the way I looked.

I laughed with my family. I held hands with my husband while we strolled down the beach in comfortable silence. I watched the sun go down while dolphin fins passed silently in front of it.

I saw a storm come in with power and turn into the gentlest of beach rains. And, I watched the ebb and flow of an ocean that doesn’t lament or worry about how it looks. It simply is.  I realized that I’m as much a part of God’s creation as that ocean, and I need to ebb and flow accordingly. Well, at this age I have more ebb than flow, but you know what I mean.

I am loved. I am beautiful to those who love me. And I’m good with that.