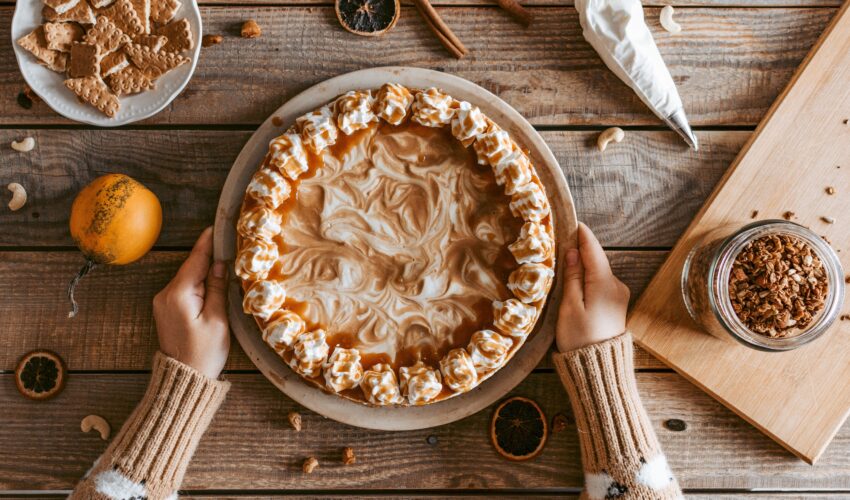 I threw a pie in my high school teacher’s face. Those of you who went to high school with me know that it is true. But here’s the story behind the story.

Mr. Livesay was a change agent who happened to be a history teacher. Incredibly bright, he treated high schoolers with the dignity we mostly did not deserve by preparing for every lecture to the point that not one word was read. He challenged us with tough questions, staged debates, and sometimes mocked us to get a Socratic conversation going.

He was once talking about the French Revolution and the guillotine, along with the innocent who died without cause. Then, knowing my dad was a Baptist minister, he said, “But, Donna, Jesus will save us all, right?” And I’d say, “That’s right, Mr. Livesay.” And he would nod with respect. But he knew he was making me think.

He teased all of us, and we teased back. He would get passionate in his lessons and unintentionally spit on anybody in the front row. One day several of us brought umbrellas and put them up as soon as he started talking. We all laughed. Things escalated as we moved towards graduation, and I knew how much he would miss us and how much we would miss him. He had gone after another kid in class about his religion, and we were all discussing what to do about it.

While we were laughing somebody said, “We should pie him.” I made the brilliant statement “You bake it, I’ll throw it.” The next day, Debbie brought a chocolate cream pie and placed it in my hands. Four guys offered to hold Mr. Livesay while I threw the pie, and the gig was on. We walked into his classroom, the boys grabbed his arms, and since he lifted weights the battle was real. I reared back with Mr. Livesay yelling, “Don’t you do it, Donna!!” and pushed the pie into his face, with crust and whip cream landing on his bald head.

The boys ran, and I walked right into the classroom and stood against the back wall. I knew that if I didn’t let him get me back it wouldn’t be fair, and I’m all about being fair. Plus, the whole thing was an awkward act of love. I adored him.

As soon as my back hit the wall, Mr. Livesay walked to me, scraped the pie remaining on his head, and spread it all over my hair and face. I knew this was the inevitable, fair part. The kids standing in the doorway and down the hall were all laughing. With pie in my eyes, I walked to the bathroom with my friends to wash chocolate and whip cream off my face and out of my hair. Mr. Livesay did the same.

Walking down the empty hall later, regretting what might not have been the best decision, I stuck my wet head in Mr. Livesay’s classroom, and he looked back with water dripping from what little hair he had. “I love you, Mr. Livesay,” I said. He looked back and said, “I love you too, Donna.”

And that was it. Once the story got around, he was strongly encouraged by other faculty to keep me from graduating, but he refused to punish me for something that was done in love, even if it was stupid. He knew that life was getting ready to change for me, that there were unknowns, and he allowed a little resistance. He teased us, we teased him. He gave us room to push back. And the loving rebel in me acknowledged the loving rebel in him.

I’m not recommending kids pie teachers, but I am saying that everyone should give others the room to make good decisions, and the room to make dumb ones. That’s how we grow. That’s how we learn. And had he punished me, my heart would have been broken, because he was my favorite teacher. I learned more from him than anybody who ever taught me, even in college.

We all need to rebel every now and then, to break a rule. Especially during times of change. Because if there’s anything that has changed the rules over history . . . it is love.

If you’d like to read more stories like this one, check out my new book, Amazing Change on Amazon!