A Cab Driver Who Appeared as if from Nowhere 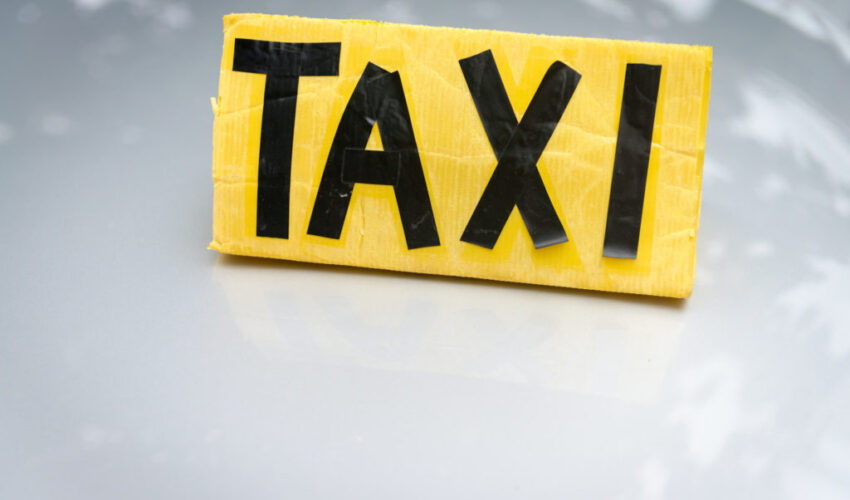 I had a fever of 102° and stood in front of the hotel terrified that I was going to be late for a series of interviews.

Once my plane landed at LaGuardia and I had run through crowds to find a shuttle to get to my town car to get to the hotel, I had checked in, delirious.

I told the hotel clerk that I would need morning transportation. He said their shuttle would be available at 7:45 a.m. and would have me to my destination by 8:00 a.m. without a problem.

I woke up 30 minutes late the next morning. I got dressed, threw stuff in my suitcase, and ran past the front desk yelling ,”I am checking out! I can’t miss the shuttle!” The desk clerk ran frantically after me with paperwork.

I caught a glimpse of the shuttle. Victory. Then I saw a woman in sweats staring at her phone.  . .

Apparently, she had gotten there first and had to be taken 20 minutes in the opposite direction for an important meeting at 8:00 a.m. I disliked her immediately.

I grabbed the guy with the paperwork and said, “I have to be at this building in 15 minutes.” The shuttle driver asked the young woman if they could take me first, but she said “Nah, I really need to get there,” and continued looking at her phone.

Just as I considered pulling her down by her ponytail, I saw a black cab drive up.

While the shuttle driver continued to try and work something out, I leaned over and looked into the cab window. He called out, “Anybody need a cab?”

“I do!” I yelled. He told me that he didn’t normally stop there, but just felt somebody might need a ride.

The cab driver and I began to talk about family. . .

José said that his daughter was in college in Providence, Rhode Island, and had met a young pre-med student.

“Tomorrow, he is taking my daughter home to his large family farm. So I called the young man’s mother,” José said.

“I let her know that my daughter comes from a hardworking but modest Hispanic home. I told her that if she had a problem with her being Hispanic, I needed to know. I didn’t want the woman to be mean to my daughter. But she told me that she knew and they were excited about meeting her.”

I sat in the back wondering what it must be like to worry that someone would be cruel to your child because of their heritage.

“My wife was not happy,” he said. “She worries that the boyfriend will come to our small house in a bad neighborhood. I told her we have nothing to be ashamed of. We have paid for everything, we pay our taxes, we work hard . . . we should be proud.”

I told him that God doesn’t care what about what material things we own or where we live. He cares about how we treat each other.

The conversation continued until we arrived at the building. José got out of the cab to get my suitcase. I told him that God had sent him to me with both transportation and a conversation that I needed.

He reached out and kissed me on the cheek and we hugged. “I will see your good heart in my dreams,” he said.

And with that, our interaction was over. And I got stuck in a revolving door with my suitcase.

But that’s another story altogether.