All I Want for Christmas Is a Vampire 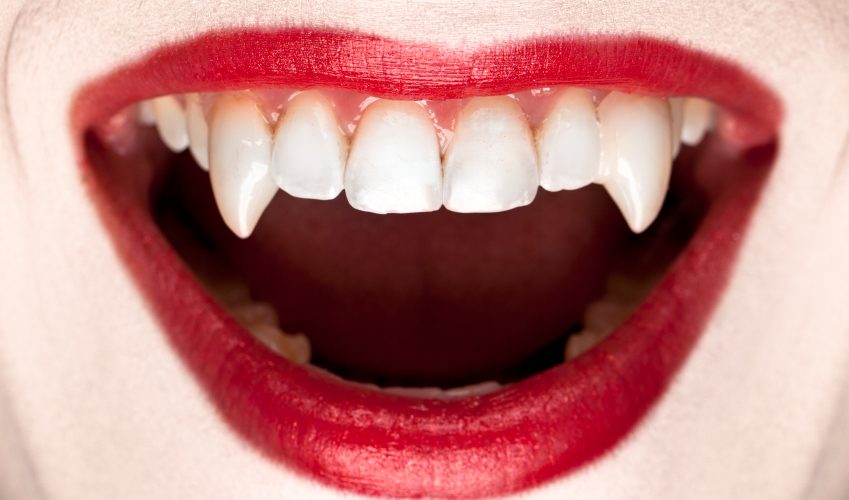 My husband asked me recently what I wanted for Christmas. I replied with the obligatory, “I have all that I need” response, and it felt true from a material standpoint. He wanted me to jot down at least one desired item, and before I knew what I was doing, my pen wrote down one word: “Vampire.”

It’s my daughter’s fault. While in high school, she stood over me until I read the entire Twilight series by Stephanie Meyer. As an English Major from Wake Forest University, I feel as if I should have offered a scathing critique. The truth is: I couldn’t put those books down.

I still have a magnet on my refrigerator that my daughter gave me which says, “My husband has my heart, but my neck belongs to Edward.”

It fascinates me that a world obsessed with youth is so intrigued by these ancient beings. Of course, they stop aging at the point they were turned, which is amazingly always around the ages of 25 to 35. So, although they are represented by the young and the beautiful, they’re still really old. In fact, most of the vampires I’ve read about or watched on the television are several HUNDRED years old.

That would make me quite the catch. To a vampire who has seen several centuries, my 52 years would be a drop in the bucket. Please understand that I wouldn’t want to become a vampire. That choice should have been made about 25 years ago. I don’t want to spend eternity as a menopausal bloodsucker. That possibility is too violent to even consider.

The vampire focus in our house died down temporarily during the hiatus between Twilight movies. That is, until my daughter dragged me, not kicking and screaming, into the television world of “The Vampire Diaries.” (By the way, if you want to sound really cool with younger people, refer to it as TVD. I do, and although it doesn’t really make me sound cool, it is easier to remember that way. )

The show is actually fun to watch, and the vampires are sarcastic and witty and strong — a lot like Rosie O’Donnell. They’re also drop-dead gorgeous, which is not so much Rosie-esque as Johnny Depp-esque.

There’s something about vampires that makes me think they might just be perfect for a menopausal woman. Especially those rare specimens who are in the bodies of men age 45 and older. I say that solely so that you won’t think I’m a pervert attracted to 22-year-old men.

But really, the youth shouldn’t matter, because their centuries of experience make vampires respect the wisdom and intelligence of older women. In fact, vampires tend to decapitate little sorority girls with perky boobs and perkier attitudes. I like that about them.

In addition, vampires value a good vein. They can smell the blood flowing and that puts them into throes of ecstasy. I mean, better than sex. I have some veins on the backs of my thighs that would send them into an absolute tizzy. Stefan, Damon and Edward would be following me around like dogs on a leash.

As far as hot flashes go, vampires are notorious for being ice cold. I cannot imagine the absolute delight of taking my burning face and laying it upon the firm, cold chest of my vampire. It would be like having a traveling ice pack with me.

And those nights when insomnia strikes, I would walk out of my bedroom to the site of my gorgeous nocturnal friend, wide awake and ready to talk. He could be waiting for me with a cocktail, and we could sit around and discuss the centuries in which he’s lived and whom he killed and what dances he attended and if he knew Mark Twain. Then a hot flash would hit, and my head would go straight to his chest and all would be well.

And when people invited me to events that I’d rather not attend, he could look them in the eye and compel them. For those of you who don’t know vampire speak, this means the vampire makes a simple suggestion and their eyes compel people to believe whatever they say. My vampire would say, “Donna will not attend the candle party, and you will be fine with that. In fact, you will be so pleased she did not attend that you will send her five free candles.”

I might have to ask Santa for Twilight‘s Edward, because he has the ability to hear thoughts. It would be extremely helpful to have him around when I walk into my bedroom, look around and wonder why I’m there. “You were looking for your book,” he would say, having read my thought before I got there.

Or when we’re talking and I forget a name and it pops in my head for one split second and leaves, Edward could retrieve that name for me: “You were thinking of Walter Cronkite.” Hours of “What’s that man’s name with the white hair who was on the news?” would be replaced with witty banter.

Most of all, a real vampire wouldn’t care if I put on a little weight, or if things drooped or if skin thinned. “The better to get to your veins, my dear,” he would say.

So, I’m going to ask Santa Claus for a vampire, because my vampire would be less interested in my exterior and more interested in what goes on inside of me, even if it is the blood running through my veins.