Yes, My Mom Hit My Dad With a Hymnal 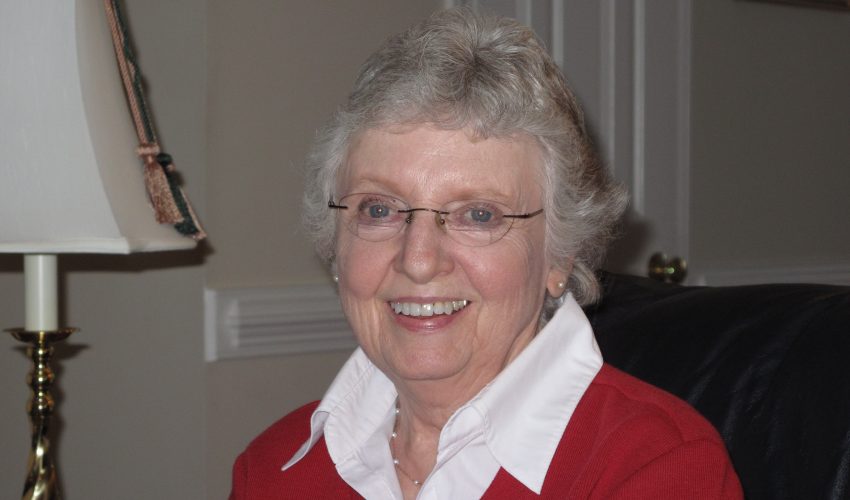 My mom has always been a catalyst for laughter.

One hot summer morning, years before I was born, my minister father was delivering his sermon. Since the small church had no air-conditioning, the windows were raised in hopes of a breeze. Mom was seated in the choir loft behind the pulpit, and noticed a bee that had flown into the sanctuary through one of the open windows.

[quote button_text=”Tweet the Quote”]My mother began to hyperventilate, because she would rather face Satan than an insect of any kind.[/quote]

My father continued preaching, and was near the climactic point of his sermon, when his words became background noise to my mother. Her large eyes were focused on the bee that landed on my father’s suit jacket. She watched it slowly climb up his back towards his exposed neck. Mother’s anxiety became uncontrollable, fearing the sting she knew was coming.

Just as dad raised his hand to make his most emphatic point, my mother picked up her hymnal, drew back, and let it fly. She was a great softball player, so the throw had some zing to it.  The hymnal slammed into the back of dad’s head, and the bee flew away. Dad turned slowly towards the choir and said, “Well, Sue?”

The congregation was laughing uncontrollably, so he had no option but to end his sermon.

I grew up in a home where laughter in the middle of the night was not uncommon.  Maybe dad had fallen out of bed or my mother had a cramp in her toe, but regardless we woke up to their loud, raucous laughter. That sound gave my brother, sister and I a tremendous sense of joy and security.

Years later, my mother and I sat around my dad’s hospital bed as he faced his final hours, ravaged by Multiple Myeloma. His body was shutting down, and we had the horrible honor of witnessing his body’s final concession to the disease. Each time we were sure his last breath had been taken, he would gasp again. We felt his spirit had left the room hours before, but his body was a machine that was fighting to continue.

We decided to try and rest, so I stretched out on a gurney that was in his hospice room. I climbed up on it but fell off as the wheels began to roll and it took off without me. My mom and I looked at each other and began to laugh. Hysterically.  The hospice nurses peeked in to make sure we were okay, and for a brief moment, we were.

Even in her 80’s, my mother is still hustling about her life causing mischief and making others laugh. It’s her gift to the world, and she got it from her mother who giggled non-stop, even when mini-strokes took away her memory.

I remember when my mom visited my grandmother after she had lost most of her memory. It was Halloween, and the nurses in her assisted living community had dressed her like a butterfly, complete with beautiful wings and cute antenna.

As grandmom walked down the hall towards mom, her eyes registered only a vague recognition of her own daughter. Before mom could feel the sadness of that moment, grandmom leaned forward, her antennae bouncing, and said, “I’m not sure why I’m dressed this way.” Then they began to laugh.

Laughter is salve for the soul, and it brings with it the voice of God who says, “I am always bigger than your pain.”

And that is the best advice my mother ever lived for me.

This is a bloghop! Continue reading posts from Generation Fabulous about what they learned from their mothers by clicking on the links below.