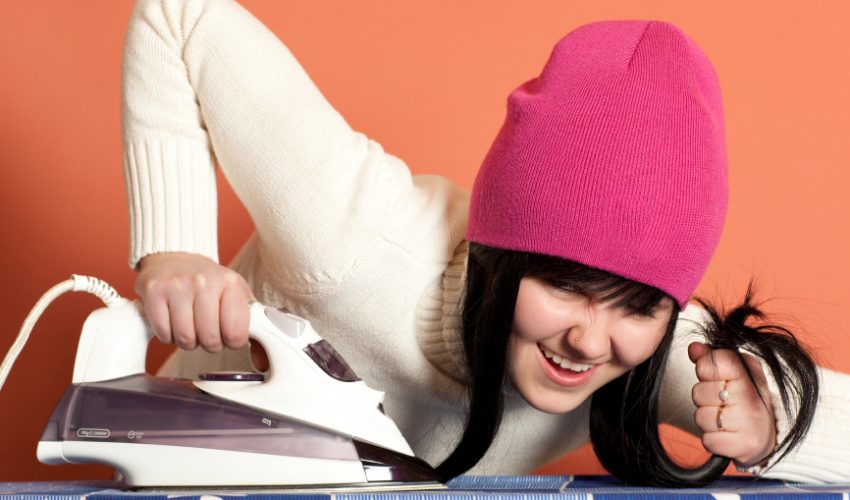 Young women today complain about all of the different tools we use to look pretty. Things like waxing or threading or hot curling irons.

I would like to inform some of you about the beauty techniques used in the sixties and seventies that I believe were also discussed in Edgar Allan Poe’s The Pit and the Pendulum.

I start with the spikey curlers. They were pink (a nice gentle color), but when your hair was curled on them and they would clipped into place, they would slowly dig into your scalp.

A hair net would be placed over the curlers as if this would somehow keep the spikes from digging in, and you would try to hold your head slightly above your pillow for as long as possible. But, when your neck would begin to spasm you’d have to give in and lay down your head.

What did it feel like? Remember the scene in The Pit and the Pendulum when the guy was put in the body armor that was filled with spikes and they shut it on him? Like that.

Next was the bagged hair dryer that had one temperature setting. It would start innocently enough. Your mom would put curlers in your wet hair (usually before Easter morning) and place the bag over your head with the hose connected at the base of your neck.

She would then turn on the torture device, which would gradually fill up with hot air making your head look a lot like Jiffy Pop. The heat would build until the pink plastic of the curlers would begin to meld with your scalp.

Sweat would pour down your face, and everyone in the room would be laughing at a television show that you could not hear because of the massive noise inside that bag. As your face turned a crimson red, you would try to reach in the bag to pull the curler out of your scalp while yelling, “WHAT DID THEY SAY?”

I haven’t even gotten started. Straighteners used to be your mom’s iron and ironing board. Many of us went to school with small triangular burns on our forehead. There’s more, but I’m saving it for the next blog.

What are your tortured memories?