Don’t Let the Downers Get You Down 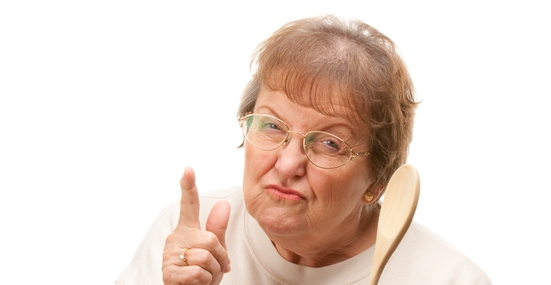 Laughter is a mini-vacation, a great motivator, and the shortest point between two people. However,  I would like to speak for those who are too often ignored. I would like to recognize the people whose responsibility it is to pummel the laughter out of any conversation.

These people are the artists known as Downers, and they serve an important purpose in life. Their job is to jump on our air-mattress of happiness, making sure we don’t float away. They can take “Zip-a-Dee-Doo-Dah”and turn it into a dirge.

[quote button_text=”Tweet the Quote”]Downers can step up to the plate and with one swing knock the fun right out of the park.[/quote]

I have worked for several Downers. One of my managers found out that her boss loved my funny stories, and would ask me to come tell him at least one a week just to make him laugh. When she heard us laughing together, she quickly sat me down and told me that I was unprofessional and too loud. I was banned from telling my funny stories. Ironically, she proceeded to start telling her funny stories to him instead. I wasn’t aware that there was a humor hierarchy, but I discovered it quickly.

Recently, I got into a conversation with a few baby boomer women at a local conference. We started to talk about how we would change the world if we could, and we were on a roll:

“I would abolish the use of scales. Demand that we burn them like our bras. Melt them down and build some sculptures.”

“I would make men wear heels and succeed in a world built by women. I would tell them to stop whining when they still make 30% less pay.”

“You know what I would do? I would make wrinkles sexy. The more winkles, the greater our value. We would become the Shar pei’s of the people world.”

We were into it, having fun, building momentum. There was a pause in the conversation as we wiped away our tears. The Downer quickly filled the gap:

“You know what I would do to change the world? I would make sure that no woman is abused and no child goes hungry.”

Booyah!! The air left our lungs, our conversation, and the room. We all felt shallow, and mumbled things like,  “Well, yeah, of course . . .”

It’s not that we weren’t aware of and appalled by abuse and starvation, it’s just that we needed to laugh.

Downers are everywhere. I remember telling my story about how I breastfed the wrong baby. Yes, it’s true. No, I’m not proud of it. Yes, it’s one of my best stories so, no, I don’t regret it.

I was telling this story with all of the dramatic pauses and hand gestures required to milk the very best laugh out of it. People were doubled-over with laughter. I got to my punch-line. “Yes, I breastfed the wrong baby. And I didn’t even protest that the baby wasn’t mine. I would have taken him home with me.”

A throat was cleared, and then I heard the words that I knew would pummel the energy out of my story.

“What about the nurse who brought you the wrong baby?”

The Downer fog descended upon my story, causing me to lose my momentum.

I tried to recover. “Well, yeah, but I tell people that I still have a dark-haired young man running after me in malls who doesn’t know why he’s emotionally attached to me!” The group revved its laughter back up.

Just as the laughter hit the highest level on the fun-o-meter, the Downer felt compelled to come back in.

“I just feel so badly for that nurse. That was her livelihood. How did she take care of her family moving forward?”

She did her job well. Downers are like gravity for conversations. They keep us grounded, humble, and ashamed of our ebullient nature.

[quote button_text “Tweet the Quote”]Downers have a variety of closer lines that are powerful. Their motto? Always be downing.[/quote] Here are a few that you might recognize:

What are you laughing at? That’s not funny.

I’m glad you can laugh, because a lot of people can’t.

BOOM. Gravity. Any conversation is brought to its knees and sent to its room. Previously guffawing participants clear their throats and wander away, slightly ashamed.

We can all be Downers, I know, but some distinguish themselves. They do it better than anybody, and thank goodness they are around. Can you imagine how ridiculously happy we’d be without them? It would be totally irresponsible.

The next time you are whistling Zip-a-Dee-Doo-Dah, just remember that sometimes being funny is not a laughing matter. At least not to a Downer.