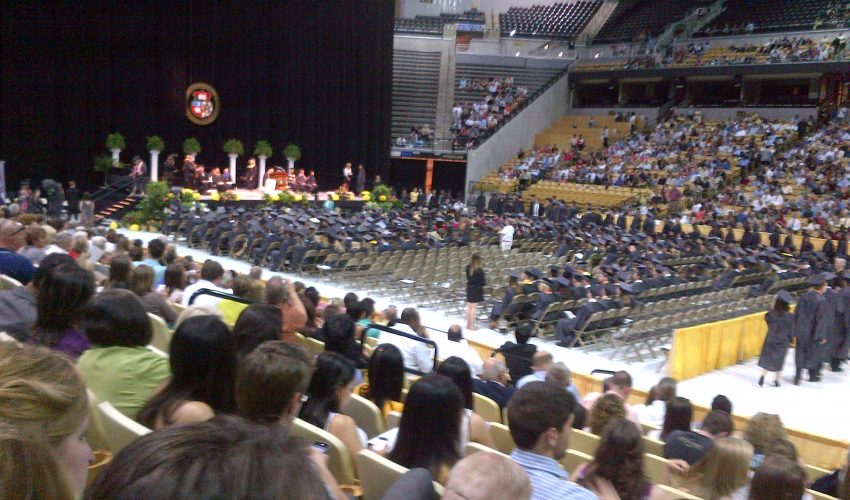 I have these two personalities in my head that are constantly battling each other. I have the Extreme Me and the Retro Me, and they seem to have challenged each other to a duel at my daughter’s graduation.

This psycho is determined to start anew. She has walked away from her stable life and decided to write the great American novel.

She has raised two amazing kids into adulthood and is ready to break into the world anew. She wants to break away from Naturalizer shoes and put on stilettos. She wants to dump her black and gray uniforms and buy bright, flowing shirts. She kind of wants to be a hippie without the greasy hair and drugs.

She wants to run through a field of flowers and be the cool woman that everyone looks at and says, “Man, I want to be like her.” She wants bluebirds on her shoulder.

She has a very good chance of ending up in a place where white jackets will replace her Chico blazer.

This little psychotic part of my brain wants to go backwards. She wants a house full of teenagers again. She wants to be in her thirties or forties where she can still pull off a slightly youthful look.

She wants to smell the back of her baby’s neck after a bath.

She wants her hair to be all Farrah-ish with Farrah still on earth. She wants Michael Jackson on stage and Paul Newman and Robert Redford in her bedroom . . . on posters, of course :).

She wants firm thighs where broken veins are just a twinkle in the aortic eye; she wants to eat junk food without the resulting reflux; she is frantically searching for that fountain, not of youth but of all things passed.

This psycho was smiling like an idiot, shifting in her seat, waving at people she didn’t even know, and screaming like a classic Redneck when her daughter walked across the stage.

The Retro Me was in tears. She looked around at all of the other parents that were torn between celebrating financial recovery while releasing their adorable child into a semi-nice world.

The Retro Me held it together until 1300 kids put their arms around each other and sang their Alma Mater. You know, those horrible songs that talk about noble things and glasses of wine in the most boring way possible but drive you to your knees with emotion. The Retro Me was a wreck.

The winner of this duel is somewhere in between. Missing what has passed, I know that every day will someday be my “past,” and I’d better make them good.

Looking forward to the future, I know that I need to do something new. Perhaps it is now my children’s era, but it is my moment in time.

Now, what to do. Whether you have kids or not, whether you’re 50+ or not, share with me — What life-altering change are you making in your life?