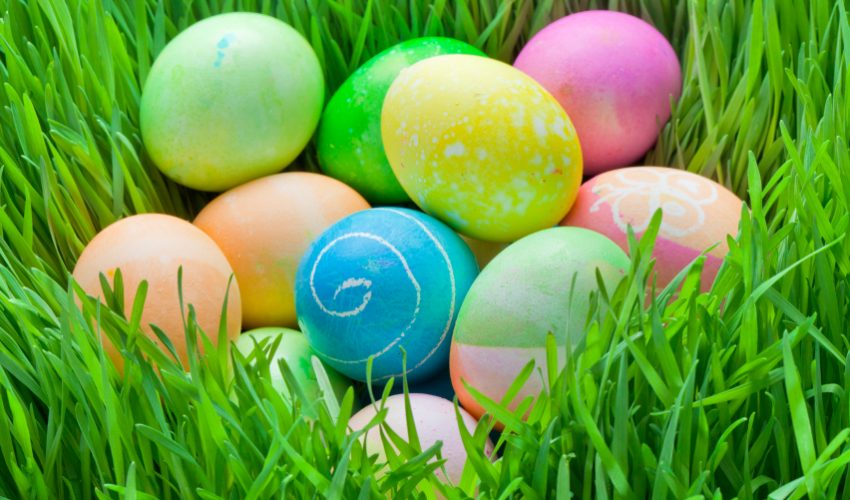 I realize most of you think that considering Easter egg hunts anything other than fun is sad and pathetic, but it’s my perspective and I’m keeping it.

For truly competitive people, there’s nothing worse than saying, “There’s a race, and the rewards are hidden, and a hundred people are going to be hunting at the same time, and you should help other people find the rewards.”

As a child, every Easter egg hunt began the same way for me. I pushed my way to the front of the crowd, my little hands would begin to sweat as I held my basket. I would put my left leg behind me, ready to push off when the happy adult said “Go!”

I surveyed the grounds, trying desperately to find out where an egg might be hidden. Speed was not the name of this game, but it was my greatest strength. Paying attention long enough to find something was not.

Then the “go!” would sound, and I would watch somebody who had no speed or strength at all bend down and pick up an egg I had failed to see. Failed . . . to see. Worse yet, some little kids had adults helping them. Where’s the fairness in that? Kids would hold up eggs and adults would cheer and I would sweat a little harder.

Once, when my daughter was searching for eggs, I saw her spot a purple one in the grass. As she ran towards it a bigger kid ran to it and picked it up. I wanted to sucker punch him.

So, for many of you Easter egg hunts might be a time of careless fun. Unfortunately, for more competitive people, there’s nothing careless about it. Because we care about winning. We care a lot.

If you are holding an Easter egg hunt this year, offer two versions. One for the fun people, and one for the competitive people. On the competitive course, make speed and strength a factor. Maybe people are allowed to push and shove, and distance between eggs is greater.

Just a thought. Until that day, realize that Easter egg hunts aren’t fun for everybody.