Some Life Events Seem So Much More Beautiful in Retrospect 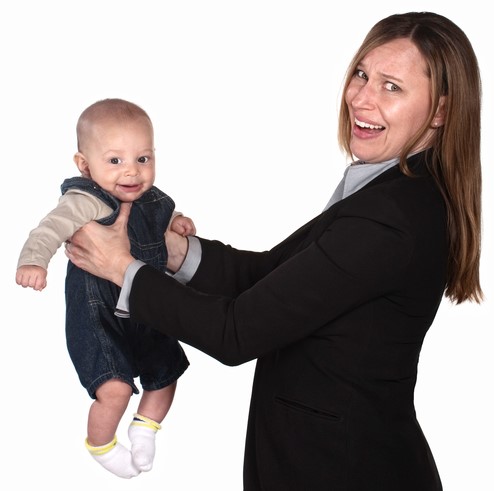 I love the power of rose-colored glasses. You know, when we sit in our mental rocking chairs and look back over a time in our lives without remembering any of the negative stuff. Here are a few of my personal examples:

Rose-Colored Memory #1: I miss the smell of a newborn baby.

Real Memory:  I was the young mother of a three month-old, attending one of my first lunches with adults in months. Since I had no babysitter, the women from work told me to bring the baby along. I had been seated in the restaurant for about 14 seconds when I saw my son’s face turn purple and a variety of lovely sounds and smells filled the air. I grabbed the diaper bag and ran to the car  (because who really uses changing tables in public bathrooms?), lifted the hatch and tried to change a diarrhea diaper with my right hand while using my left hand to hold him in place, since he had suddenly decided that rolling over and trying to escape was the best plan of action.

I battled for a wipe with my right hand only, used it, and proceeded to drop it onto the parking lot at which point I saw two men who were going into the restaurant for lunch just turn around, get in their cars and drive away. As I bent down to pick up the wipe, the baby had diarrhea again, this time diaperless. I cleaned him up, put him in the car seat, and left. I’m sure those women still wonder where I went. [quote button_text=”Tweet the Quote”]Realistically, babies generally don’t smell all that good.[/quote]

Rose-Colored Memory #2: I wish I could get married again. It was such a magical day.

Real Memory: My best friend, who I adore, decided to take my daughter shopping on the day of my second marriage. It was a small ceremony, but I was still hoping to attend. By the time she returned, we were so rushed that getting us to the church on time involved a lot of cursing and sweating. Once we arrived, I realized that I had left my make-up bag at home. Excellent. Luckily, my best friend had some make-up in her car, so she whipped me into shape with her green eye-pencil, even though I used blue with a thin black liner.

About that time we realized that in our haste we had left my daughter’s strapless bra behind, which meant her strapless bridesmaid dress was going to look strange, especially since my daughter was a young teenager and her gray bra actually started out as beige. Again, my best friend whipped a strapless bra out of her backseat (we didn’t ask) and things were good . . . until I realized that I had brought the wrong bra as well.

My versatile best friend came to the rescue with a Spanx-like contraption that I put on under my white blouse. I didn’t know until the wedding photos came back that the body girdle made my waist look great as I first came down the aisle, but had pushed all of my back-fat up above my shoulder blades, creating a Pillsbury-dough-popping visual that everyone watched as I said “I do.”

Finally, the minister we used, who we didn’t really know us and who failed to realize that we were in our forties and fifties , went on a rant about how I was going to produce children for my husband. Since I was spayed years earlier, that would have been quite the biblical miracle.

We look back on that day as magical. If we relived it, I’m pretty sure we wouldn’t see it the same way.

Rose-Colored Memory #3: I wish I could have the experience of giving birth just one more time.

Real Memory: [Right as transition hits with a baby who is face-up, stuck and I have taken zero drugs] “Okay, Rosemary’s baby is moving down the birth canal and taking my hip bones with it. The doctor is sticking bacon tongs right into an area that is pretty much filled with a large skull right now. It feels like this child is coming out of the wrong exit door. I am never going to survive this.”

We all do it – and I think it’s good for the survival of the species. If we remembered what childbirth was like without drugs, we’d kill the population in one fell swoop. If we truly remembered our wedding day, then “Say Yes to the Dress” would be cancelled immediately. And menopause, don’t get me started. I’m still smack-dab in the middle of that reality.