Excuse Me, That’s My Leg 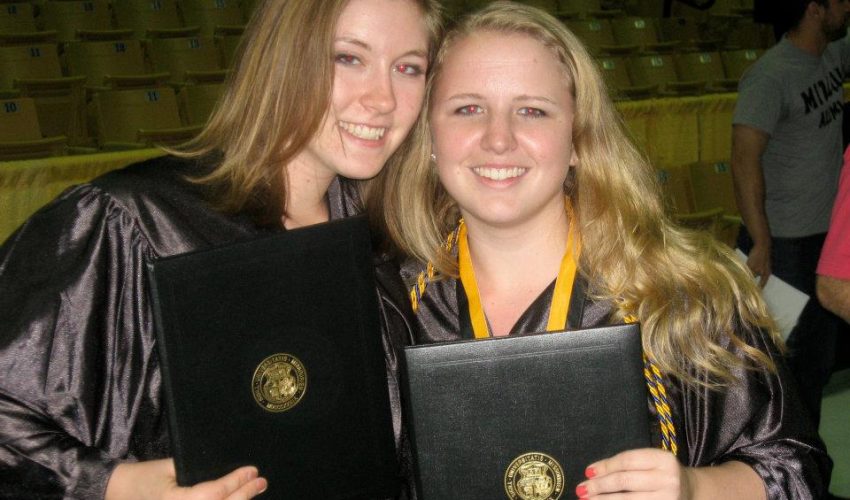 I feel like I have an appendage missing. Hopping on one emotional leg, I’m trying to carry on while my daughter is in Europe for fourteen days.

I know that some of you want to give me mini-lectures on “Let her go – it’s the only way kids learn how to fly,” but don’t waste your breath. I know it’s the right thing to do. She is now a college graduate with New York City as her next stop. She’s been ready to take on the world since the age of three.

The Tale of Weggett’s
I have one story that demonstrates her independence perfectly.

I had my son and daughter in their car seats, and we had listened to Raffi (my choice) and “Cecelia” by Simon & Garfunkel (their choice) all the way to the mall. Odd song mix, but my kids were always a little advanced with their song choices.

As we pulled up to the mall, we passed by Leggett’s and a couple of other stores looking for a parking place.

From the back seat I hear my daughter’s toddler voice.

I laughed for a moment. Once I quieted down, Samantha spoke again.

And, she was serious. If I had unbuckled her little car seat and opened the glass door for her, the child would have gone into “Weggett’s” and done some shopping while her brother and I parked the car.

In Search of an Appendage
So, she’s always been independent. I AM letting her fly. That doesn’t mean that I feel a little less complete while she’s gone. I receive one text a day from her updating me on her location. I won’t hear her voice for two weeks. In this day of constant communication, the silence is screaming at me.

Last night I was vacuuming the garage at 10:30 p.m. I saw a few spiders huddled in the corner discussing my state of mind. They then spun a web that said “Let her go!” I sucked all three of them up into the vacuum.

Hooray! While writing this I just heard the blessed beep meaning I have a phone text. . . my daughter is at a beach in Spain. I feel better. Of course, a lot of beaches over there are topless. Hold on, I have some texting to do.

I’m back. It’s too cold to go topless, so I feel better.

Over the next twelves days or so, if you see me at Kohl’s and I’m hobbling around, please be kind. I have an appendage in Europe.