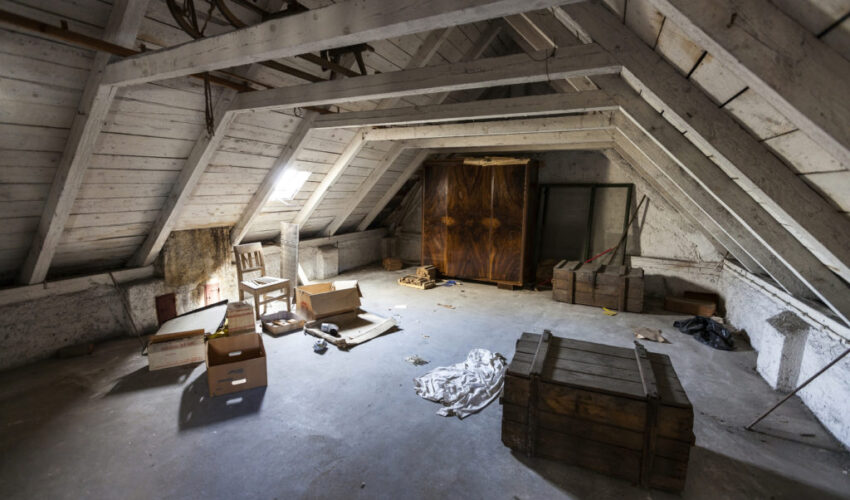 We did it. We downsized, moved out of our home, and moved our son into an apartment — all in thirty days.

Due to the significant loss of space that accompanied our downsizing, we harshly assessed the incumbent furniture and dispatched 40% to an auction house. We donated a treadmill to the fitness room of a local company, a couch to my son, a television to a furniture delivery man in lieu of a tip, and a recliner to my cable connect guy.

You might have seen me at the local dump unloading enough books to start a library. You might also have seen my husband and me trying to swing a small refrigerator into a dumpster. We looked a lot like Lucy and Ethel, losing our grip and almost landing it right into the back of our car.

For several weeks, my son wasn’t allowed to leave the house without an armful of something . . .

I’m pretty sure that he eventually changed his cell phone number and had plastic surgery so I wouldn’t recognize him in public.

The movers arrived at 6:30 a.m. along with the rain, and we started a four-and-a-half hour marathon of constant movement. Every time I thought a room was clean, something else popped up. I swear the floors were producing dirt, dust, and small items on their own.

I vacillated between joking around and speaking in a voice only dogs can hear. At certain points I became statue-like, frozen in a place of indecision. My daughter would stand behind me and say, “Keep moving, mom.” She was the Dorothy to my Tinman.

The new owner showed up with his realtor once his sale closed, and I found them walking around upstairs. I’m sure by that point the frizz in my hair and the wild look in my eye made me look like Phyllis Diller without all the laughter.

Finally, we swept out the house and said goodbye to our home. . .

I took a pottery dish made by the Pamunkey Indians and left it in the woods at the site of my cat’s grave, feeling that it belonged there.

I said goodbye to my cat, whose ghost whispered “Your husband ran over me in the driveway, and all I get is this lousy pottery?”

I went to the mortgage closer to get papers signed, only to find out that the incorrect papers were sent and the money wasn’t wired. I sat there in my husband’s jacket, an old shirt I found in the closet that morning, dirty jeans and even dirtier shoes. I had dust in my hair and dirt under my fingernails.

The attorney handling the close kept making excuses to leave the room.

Eventually things worked out, and by early evening our movers said, “We’re done!” Lovelier words were never spoken, but my achilles tendon didn’t realize this was a good moment.

Just like out of an old Western, she showed up the next morning with fresh Krispy Kreme doughnuts, homemade chocolate chip cookies, and chicken soup made from scratch. She also brought her very hardy and hard-working family. They installed ceiling fans, televisions, and hung curtains. They were tireless.

The rest of the weekend was constant work – a weird dance between the new house, target, and dumpsters. I did a fierce tango with the furniture company who said their truck broke down and they would not be able to deliver my furniture for a week.

Since no resolutions were offered on the phone, my retorts began to make Regan in The Exorcist look like Miss Manners. My daughter said I actually cackled once, something she’d never heard outside of The Wizard of Oz.

Eventually the furniture made it to the house. By the following Tuesday.

Was it worth it?

Absolutely. I love this house.

Could I do it again? If I had to, but not a second before.

What would I recommend? Lots of drugs. Valium. Klonopin. Prozac. I would NOT recommend energy drinks.

Do I think my family is amazing? Yes, yes I do.

Am I upset about downsizing? Absolutely not. The less stuff, the lighter my load.

Although I’m spending a lot of time at Target burdening myself again.