Hike on Up to the Conversational Mountaintop 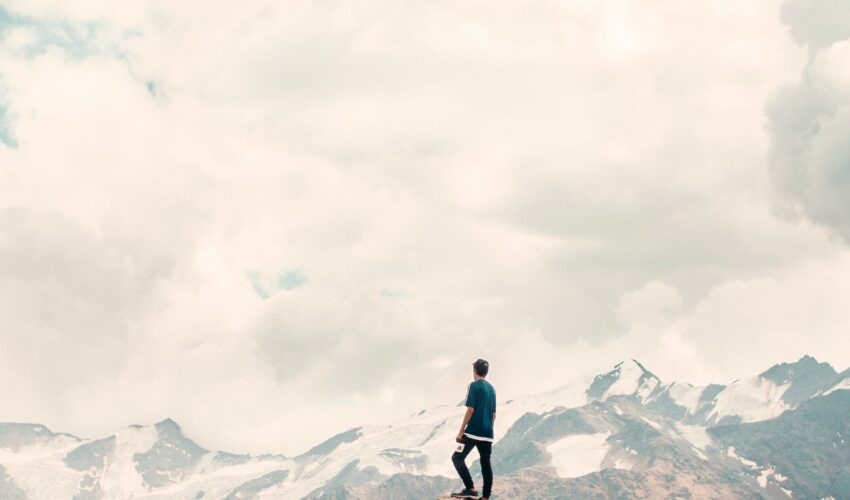 I went into my morning social media review with normal hair, and came out looking like Einstein. All of the anger and sniping seemed like I had entered the cruelest middle school in history. Every kid in the hallway snickering, pointing, shoving, making fun of each other. There was nothing but cliques and hostility. I searched for the chill group smoking outside, but they were nowhere to be found.

Maybe the legalization of marijuana is a really good idea, although I’m pretty sure some of the people I read on Twitter were high and STILL angry. That takes some determination.

While anger is great for fueling action, it can simmer into hatred when not resolved and quickly ceases to have any positive impact at all. Writing a message on social media hoping it will change the world is like spraying your name on the side of the train and thinking it will make you famous. It won’t. It will simply mar the train and annoy those who have to look at it.

Yet we keep yelling, hoping that somehow it will change the world or at least one person’s opinion. And yelling will do neither. It is like quicksand in those old Tarzan movies – the more you flail the deeper you’ll sink. Then you have to hope that somebody shows up with a stick to pull you out.

Worst of all, anger wears us out. It suppresses our immune system. It taxes the heart. Attacking each other and screaming online behind the curtain of safety afforded us in our living rooms is not effective.

We all know that, I think, but we keep doing it.

I’ve gone down the rabbit-hole of an online argument, and it is not a fun place to be. The writer posted something hateful, and I verbally shoved back. Then his brother got into the argument and I shoved back again. Then they called all of their neighborhood friends and they verbally beat the crap out of me. Then some of my friends showed up and we went back at the bully and verbally beat the crap out of him.

Finally, I deleted the comment as if that eliminated the deep anger I had wrought. Then I went to the kitchen and got a large bag of Skinnypop and felt bad for the rest of the night.

Anger is comprised of fear which festers from a belief that we have no control. And anger turned inward becomes depression. So, what do we do? We acknowledge the anger, realize that it is born of fear and that the only thing that will shed the tension is action. We take the adrenaline and DO something positive with it.

What could I have done differently? Realize that posting my opinion is not going to change someone who believes, fiercely, in their own. I could have done something like Daryl Davis, a black musician who began to have conversations with KKK members out of curiosity rather than anger, listening to them and sharing his own story, resulting in many of them leaving the KKK. Or Gurdeep Pandher, a Canadian who spreads joy and positivity by dancing Banghra all over the world.

It takes courage to dance while others are screaming; it takes the compassion of a loving heart to sit down and speak with those who have made it their job to kill innocent people for no reason at all. These are the actions that change the world. Find a few of them today. Better yet, become one of them.

Stare anger in the face and have compassion for the fear behind it. See the stories behind the defensiveness. Then do something to balance it out. Dance. Talk. Smile. Write. Teach. Lead. Listen. Laugh. Slowly, emotional quicksand will turn into a mountaintop, where those involved are both more enlightened for having had the interaction.

Do it. Start today. Create the mountaintop.