How a Goat Ruined My Fashion Sense 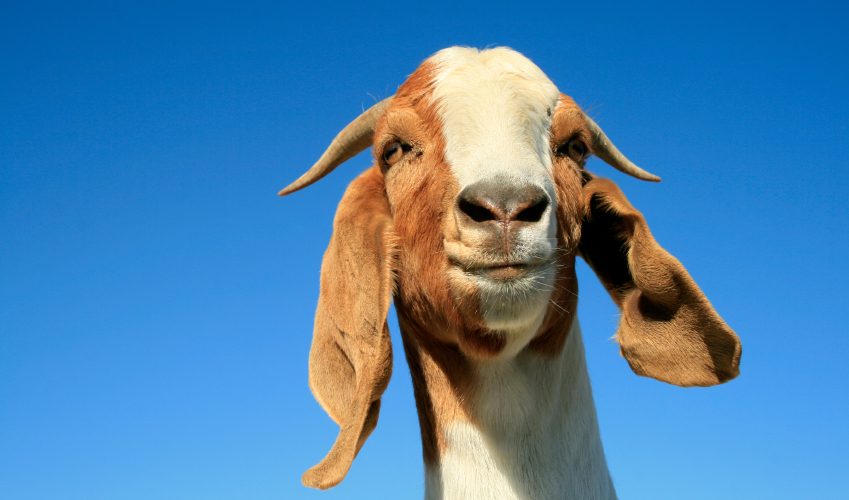 It all started when the goat ate my Brownie dress. I was eight-years-old, and very proud of my new Brownie uniform. Walking into school with my brown dress, beanie hat, belt with my little purse and brown socks, I was rockin’ it.

Unfortunately, this was the day my third grade class was visiting a petting zoo. While at the zoo, I noticed some weird tugging on the back of my dress while making small talk with goats in the goat pen. I was mesmerized by their rectangular pupils, and therefore failed to notice that one of those creatures was chewing on the hem of my dress.
By the time I noticed him, he had eaten through about four inches of my hem. It couldn’t be fixed because he chewed straight up the dress. The best mom could do was patch it, making me the “Coat of Many Colors” girl at the Brownie meetings, without the sympathy.

I believe that was the day I decided clothes did not make the Brownie. Once I stopped lamenting the situation, I realized how ridiculous people were about what they wore. I became the queen of no fashion.

Blue jeans became my calling card, because they could not be chewed. Sweatshirts replaced blouses, because they do not need to be ironed. Tennis shoes became the priority over high heels, because they were comfortable and your socks could be gross and nobody would know it.

I wore dresses only when I had to. For my first homecoming dance I wore a slinky little halter number and was sure I was ultra cool on the dance floor dancing to’ “Walk this Way” with my arms over my head. Then I went in the restroom and saw that my aggressive dancing had created a sweat line that ran from my pit all the way down the side seams to the floor of the dress. Pretty.

My suitemates in college used to tackle me as I left for dates in blue jeans and wrinkled blouses. They would forcibly redress me until I was presentable.

So world, please know that I could have been a fashion icon, had that petting zoo not gotten my goat.