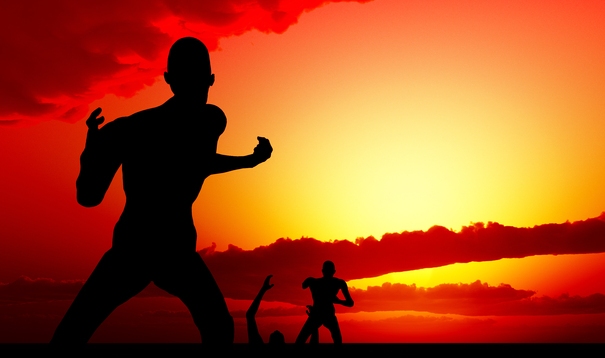 Last night, my son asked me if I had seen the news on the draft. “The draft?” I asked, incredulously. “They’ve reinstated the draft?”

I looked at my son with a glazed stare. He looked back at me, not knowing if he should be terrified or amused.

“Um, I’m talking about the NFL draft, mom. The one we’ve been discussing all week?”

I moaned out loud, and stumbled across the kitchen.

A zombie, according to Wikipedia, is a term often figuratively applied to a hypnotized person bereft of consciousness and self-awareness, yet ambulant and able to respond to surrounding stimuli.

I believe that zombiism is more of a state of mind than an actual being. For example, it is said that in South African cultures some communities believe that a person can be turned into a zombie by a small child. Well, as a mother of two kids I’d like to say, “duh.”

Have you ever had a small child? I can barely remember the years from 1990 to 1994. While most of my memories of those four years are balled up into one big memory called “Oh My God I’m not going to survive this shit,” I do recall one particular zombie moment.

I was in bed, unconscious, as a result of my daughter awakening every hour on the hour throughout the night. My peppy son, a morning person, showed up in my doorway at 5:30 a.m. requesting a pop-tart. I stumbled, zombie-like, into the kitchen to get him one.

We went downstairs and watched cartoons, I think. I’m pretty sure I fell asleep, so he could have been watching Dawn of the Dead for all I know. At that point, I’m sure he would have thought it was a movie about mommies anyway.

My daughter awoke an hour later, and my zombie day began. I fixed breakfast for my son, bottle-fed my daughter, changed their clothes just in time for my daughter to spit-up and for my son to have a bout of diarrhea. I’m pretty sure I spit-up, myself, at this point.

I bathed them both, then jumped in the shower. My son was playing on the floor, my infant daughter was clean and, finally, asleep in her infant seat. As I was washing the shampoo out of my hair and talking non-stop to my son, I heard something plastic hit the floor of the tub. I looked down and my zombie heart stopped — my son had tossed the blow dryer into the tub.

Not sure if it were plugged in or not, I jumped out of the tub, taking the shower curtain and rod with me. I landed on my sleeping daughter who immediately began to scream. My son quit speaking for the rest of the day, traumatized by his naked mother trying to get off of her daughter like a horse off its rider.

Zombies don’t cry, by the way. We just make these awful, animal-like noises. That’s how my husband found me later when he got home.

Some cultures believe that after a time God will take the soul back, so the zombie is just a temporary spiritual entity. I have found that to be true.

I finally emerged from my zombie state when my youngest turned two-years-old, and the next 20 years were zombie free.

Then menopause came along, and my zombie state returned. My husband says that isn’t menopause, but age. Perhaps that’s true, since we just had a conversation in the car that sounded like this:

“We should watch the movie ‘American Graffiti’ again, just for fun. Who directed that?
“Ron Howard?”

“I guess. Who was the blonde in the convertible?”

“Wasn’t it a convertible?”

“I don’t remember. Was it Cheryl Tiegs?”

“No, another blonde. She didn’t talk. And Cheryl Tiegs was the one in ‘Vacation’ with Chevy Chase.”

“No, that was Christie Brinkley. The one who married Billy Joel.”

“No, that was Bruce Springsteen.”

“Really? Was he in ‘American Graffiti’?”

Our conversation ended with us staring out of the car window at nothing, our mouths slightly agape. Add menopause to the equation, and you have a full-out zombie attack.

Luckily, the Internet is filled with zombie survival guides. I have written my own version to accommodate both the person dealing with the zombiism as well as those impacted by him or her. Here are my tips, based loosely on information found in the Zombie and Survival Defense Wiki:

Just Breathe: If you’re approached by a zombie, or if you are the zombie, just breathe. Otherwise, according to the guide, you could actually die from panic. Just ask the Brooklyn man who was driving a black SUV a few weeks ago. Sometime after midnight, my husband and I stumbled our way into the street, exhausted from a day of walking with the kids through New York City.

Since his was the only car on the road with his rear lights on, we assumed it was our cab and tried to get into his car. My husband stood at his window, pale and confused, mouthing, “Are you our driver?” Meanwhile, I was at the backdoor, drooling slightly, jerking on the door handle.

The poor man threw up his hands and yelled, “No! No!”

We were the zombies, pale and threatening. He hit the gas, and we stood there in total silence, our heads slightly tilted to the left, making noises like, “huh.” Our cab drove up one minute later.

Don’t panic. Whether you’re the zombie or the person being attacked, just breathe.

Try Bugging-In: This part of zombie survival encourages survivors to gather together, riding out the worst part of the attacks until the situation is under their control. I’ve been using this technique to get through my own zombie phase, reaching out to other women who understand why, sometimes, we are found in our closets screaming about how we’re going to burn all of our clothes and go to Chicos to replace every piece of tight clothing

For those who are around us, I encourage you to find support groups as well. These are places where you can complain about our outbursts or lack of energy without losing a pound of flesh.

Stay Away from Wal-Mart: According to the zombie guide, Wal-Mart buildings are perfect for zombie attacks. All survivors are encouraged to stay away from them since they provide easy access from a multitude of locations.

I would recommend that menopausal zombies avoid Wal-Mart as well. It seems to be a place that spurs on our own attacks, starting with the greeter who looks like he or she would rather shoot you than greet you, and grows with every single child who screams in the aisle, every display that blocks your cart, and every person who is in desperate need of deodorant.

Try Bugging-Out: “Bug-out” is a military term that means everything in camp must be packed up to move immediately. This is a term my husband and I now use when I feel a rant coming on. Perhaps I’ve forgotten the one client appointment I had scheduled for the day. Or I put on my make-up just in time for a massive hot flash that melted my face.

My husband comes in for a hug, and I yell, “Bug-out!” He grabs his briefcase and races out the front door, jumps in his car and peels out of the driveway.

Zombies aren’t just the walking dead, they are a state of mind. Check the mirror and your hormones. You might be closer to zombie status than you think.