How Jumping Up and Down Made Me Feel Young Again 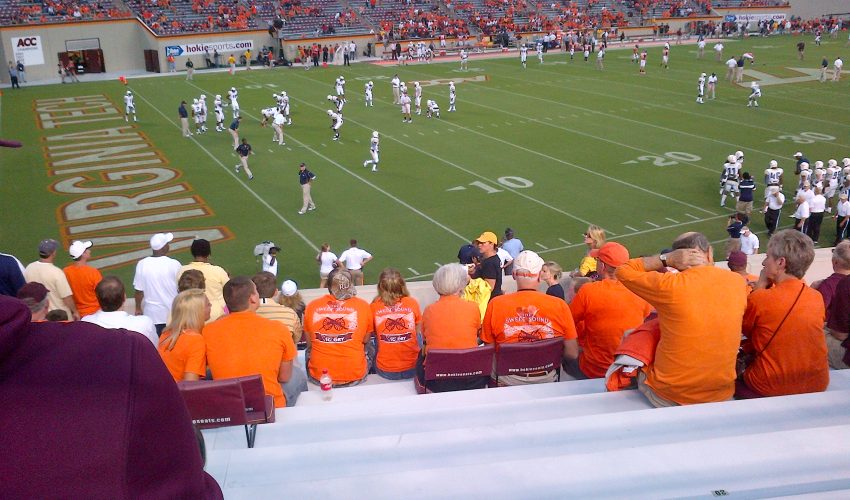 I jumped up and down with glee, totally ignoring the pain in my calves and the fact that I was jumping in a puddle of spilled Diet Coke.

This was a moment I had waited for, and the glory of it brought so much joy and energy I didn’t care.

You might think that I was at a Tony Robbins’ presentation or a rally for physical fitness or an aerobics session. But, no. I was 52 years-old jumping like a maniac to Metallica’s “Enter Sandman.” I was at a college football game.

Many of you may cry while reading Nicholas Sparks or while watching “Titanic.” I cry during powerful sports moments, especially football. My son and his childhood friend have been attending Virginia Tech games faithfully for five years. Neither of them actually attended Virginia Tech, they just love the football program. And, I believe, the “Enter Sandman” moment.

If you’ve never seen this moment on television or the internet, here it is:

I waited with the anticipation of a child on Christmas morning. When the first chords of “Enter Sandman” rang through the stadium I jumped like a two-year-old — a two-year-old that should have considered wearing a sports bra.

This was part of my bucket list, and I felt instantly young. Here’s why:

We didn’t hit the highway until 1:30 a.m., and pulled in our driveway at 5:00 a.m. I had heartburn from the chicken fingers at Buffalo Wild Wings and the hot dog from Sheetz, but I didn’t care, because jumping up and down at a Virginia Tech football game without thinking of my age or my health or how frizzy my hair might be or who I should hug or who will clean up made it worth the price of exhaustion.

And the hot dog and Doritos were yummy.