I was a Menopausal Maniac 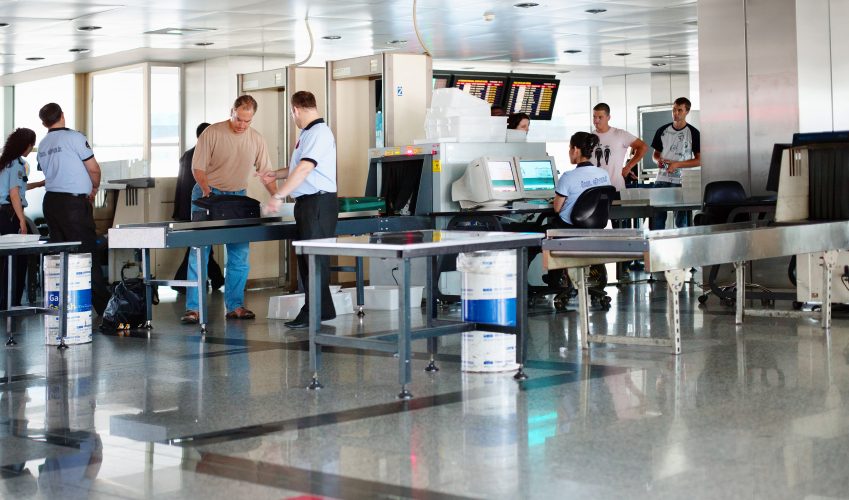 Standing in the airport screaming so loudly it was echoing and disturbing diners at the microwave-only Chili’s, I knew that this time I had lost it and would never recover.
I was on a flight to Chicago, with a connection in Philadelphia. My flight to Chicago had started well until we were delayed on the tarmac for one hour for no apparent reason. I think the pilot might have dozed off.

Arriving in Philadelphia, I realized that while I de-boarded, my other flight was boarding. I had 15 minutes to get to my new gate, and I was a shuttle ride away. I ran to the shuttle, only to have to wait as a woman I can only assume was the Riddler in disguise asked one hundred questions about how the shuttle worked.

Once we were on the tarmac, I realized that our driver was new. She stopped for every piece of trash that blew across the pavement.

We finally arrived at Gate C, and I realized my flight was leaving from C-33, the last gate in the C terminal. I took off running, following the ceiling signs that said “C.” At one point I took a sharp right, following the signs.

“Thank God,” I replied, trying to run back past him. He stood in front of me. “I saw you, but I can’t let you past this podium. You have to go back through security.”

I actually yelled out a curse word and got in line at security. I tripped over my own bag, said another bad word, and kicked the offending bag over. Then I saw a TSA agent waving me over. I ignored her and tried to act normal.

The run to the gate set off a chain of hot flashes that were about to drive me to my knees. Finally I spotted the oasis – my gate with the door still open. I slowed down trying to catch my breath, at which point one standy passenter stepped in front of me.

“Give her seat 22C,” the young ticket agent said.

“Not anymore,” the US Airways representive said sarcastically and without eye contact. They handed the lady my seat and shut the door.

A new hot flash of anger surged through my already sweaty body. “Are you KIDDING ME? You are going to be THAT RUDE AND NOT EVEN MAKE EYE CONTACT? ARE YOU KIDDING ME?”

I was screaming, my voice echoing off walls. Everybody stopped and turned. Needless to say, they sent me to customer service. I think I was trailed by two TSA agents.

I would not want a job in the airport, but I would like to offer a tip. If you have a sweaty woman over 50 standing in your line, you might want to treat her a little more gingerly. I’m surprised I wasn’t arrested. I’m also surprised that US Airways kid still has all of his limbs.