Is It Time for Women Over 50 To Change Their Names? 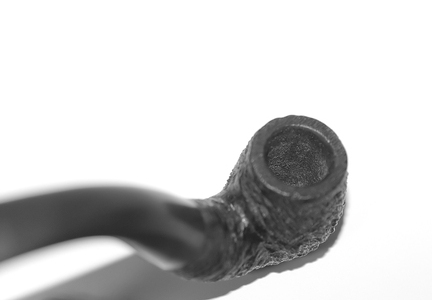 “I’m going to legally change my name,” she said.

“Well, I saw a sunrise today that made me realize how powerful our light is. So, I’m going to be Cathy Sunrise.”

If I hadn’t known what this woman had gone through, I would have laughed. But then I realized that there’s something about going through extreme change that requires a new name.

Native Americans believe that legal names are given, but their Native American names are earned. Personal accounts show that once something significant is achieved by a member of the tribe, a tribal relative receives the new name in a vision. A ceremony is conducted in which the new name is called out to the sky and earth, the plants and the animals. Of course, this is done while smoking something in a pipe.

I believe we should start this ritual for menopausal women. If we haven’t earned a new name by now, who has? Most of us have been successful in our work, or raised new human beings, or both. Many of us have been through at least one marriage, sometimes more than one. Maybe we’ve survived abuse, or financial struggles, or at least standing in line at Wal-Mart at 1:00 a.m. to get diapers.

Whatever the case, I think we’re more in touch with who we are than we’ve ever been. I wouldn’t encourage a name change based upon the temporary menopausal experience. If that’s the phase from which we earn our new name, then visions might come to relatives that result in names like:

I recommend that we dig into the spirit of who we were as little girls, before our identities got all caught up in a world where we were taught to never be “too big for our britches.” I recall telling an adult about the speech I had given in school and how good I was. She said to me, “Those who are truly good at what they do don’t have to brag about it.”

Each time a female begins to feel confident, society shakes its cumultative finger at us and tells us to lose weight and change our make-up and try to look prettier and keep our opinions to ourselves

Recently, I was watching television coverage of the ex-LAPD police officer holed up in the cabin in Big Bear. As the female representative of the San Bernardino Police Department walked up to the reporters to make a statement, a lead reporter put his arm on her back and said, “Hello, dear.” He bent down with his microphone and treated her like one of the Lollipop kids in Oz. She was incredibly patient with his condescension. I would have suggested the police use him as a human shield.

It’s time to stop being passive little girls who raise our hands and wait to speak. It’s time to let our voices be heard, starting with our names. Personally, I am considering:

Perhaps we should have our own Dame ceremony to rename each other. And, since I live off of a road called Piping Tree named for the “pipe-in-tree” the Pamunkey tribe used while conducting peace talks with the white people who eventually slaughtered almost all of them, I would suggest we exchange the pipe for a glass of wine.

I like it. I think she should become our leader.

So, let’s start brainstorming. Feel free to share your new name considerations as we schedule our Dame Name ceremony.