Krazy Glue and Other Fears 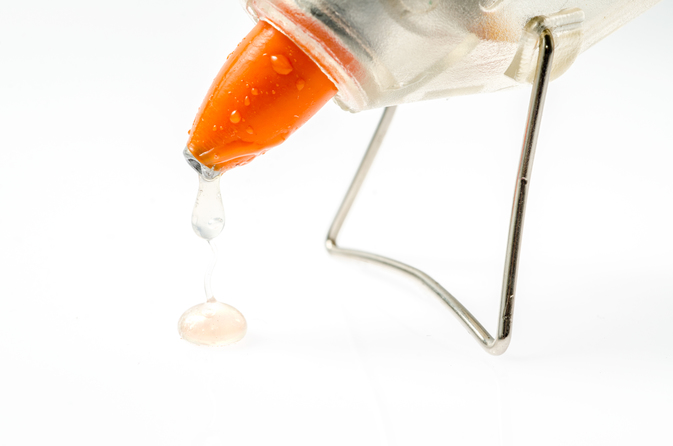 Remember the guy in the hard hat glued to a steel beam kicking his legs? If you can’t visualize him right this instant, then you’re probably not a baby boomer. But that commercial with the faux construction guy kicked off one of my top phobias– one that I just found out I share with my husband.

Yesterday, as my husband and I drove down the interstate, I inadvertently blurted out, “I’m terrified of Krazy Glue.”

My husband, who normally speaks very quietly, yelled out, “ME TOO!!”

Duly relieved that we’d found each other in this krazy world, my husband and I both admitted that while we can speak in front of hundreds of people, we are terrified of that tiny little bottle that taunts us from the shelves found in home repair stores.

I’m not sure from whence this terror comes (by my reaction to that sentence, I might also have a slight fear of the word whence), but I believe I have an inherent fear of anything permanent. Don’t box me in. Don’t put baby in a corner. Don’t tell me I can’t separate my fingers.

This might explain, the multitude of new houses, the second husband, and my fear of Botox.

[quote button_text=”Tweet the Quote”]If a doctor injected something in my forehead that paralyzed it, I would have one goal in life — to move my forehead.[/quote]I would miss work and meetings and forget about my family. I would just sit in a room trying to raise my eyebrows.

Ugh – this whole topic has caused me to remember a woman I met when my kids were little. She was a minister’s wife, and we seemed to have a lot in common. We went to a movie together one night, leaving the husbands and kids behind. While it wasn’t the night of my life, juxtaposed to the other option (e.g. screaming kids and wiping down kitchen counters 142 times) it seemed pleasant enough.

But then she started calling me every day, just to chat. My small talk skills are not good. I tend to go straight to topics like fundamentalism and the impact of crystal meth on society.

It all went south when my husband, kids and I returned from a late movie and she was sitting on the steps of my house at 11:15 p.m. .She just needed to talk and wanted to know where I’d been. Krazy.

The other day I was in Lowe’s and saw a bottle of Krazy Glue. I became terrified that I would inadvertently pick it up and end up in the emergency room. The thought set of a mother of a hot flash, and I ran past it.

This might be the reason I’ve never liked marriage ceremonies, even though I’ve had two myself. I believe it is the scripture that is repeatedly used:

For this reason a man shall leave his father and his mother, and be joined to his wife; and they shall become one flesh. — Genesis 2:24

I can be in a relationship and keep my flesh to myself, thank you.

We all have our fears. Mine, I admit, is having my fingers stuck together.

So, I just have to ask — what makes you krazy?