Courage in the Face of Cancer 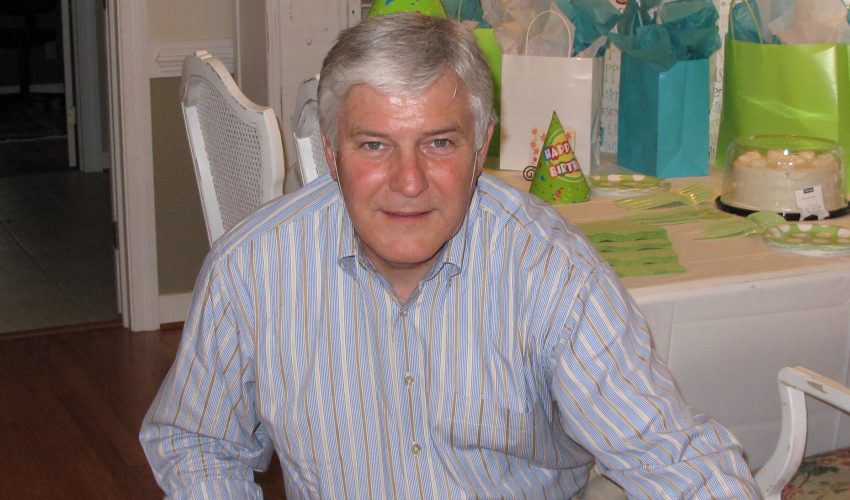 Four weeks ago life was normal.

My husband visited the doctor for his annual physical and went through the motions of carrying liquids in a cup down the hallway and having blood drawn while carrying on that awkward conversation that occurs when trying to ignore needles piercing your skin.

The next step would be the final report that would declare everything was fine for another year, although his cholesterol good to bad ratio was a little off and he should stop eating bacon. And then we would go out to dinner and eat steak to celebrate.

Instead, we got the dreaded 7:30 a.m. call from the doctor’s office asking that he come in and have his blood work repeated, because there were some abnormalities. I wondered if that was a small cholesterol abnormality or a Love Story abnormality, but said nothing. He went in to have his blood drawn.

A few days later, he asked to go in alone to hear the results. I respected his quest for privacy, and I waited in our office.

During those couple of hours, I looked for inspiration anywhere. I watched the video of the cat who befriends an owl, the elephants who walked 12 miles to say goodbye to their conservationist friend, and the young man missing his arms and legs who does motivational speaking.

Then my husband’s car drove past my window.

I watched from the office window like Mrs. Kravitz, trying to read the expression on his face.

“Is the news bad?” I asked as he walked in the door. He just looked off to the side and nodded once.

I wanted to say, “Don’t tell me. Let’s go get breakfast and shop and run to the beach and do everything we need to do before our life changes.”

My father had been diagnosed with cancer when he was 57 years old. The diagnosis was Multiple Myeloma, and 20 years ago it was difficult to treat. A very rare form of cancer, I watched my big, strong father suffer for almost six years before he let go, leaving this earth almost a foot shorter from broken vertebrae.

“What is it?” I asked, trying to prepare myself for prostate cancer or diabetes or any other illness that might befall a man.

“They say all signs point to Multiple Myeloma,” my husband said. I threw my hands over my face. Crap.

We went into action in that weird, distant way you do when in shock. We called close friends and family to garner their support, and they were all there for us with no questions asked.

A dear friend of ours referred us the Massey Cancer Center in Richmond, Virginia, and we scheduled an appointment three weeks out.

During that time, I bought so many motivational books the sheer size of the book pile became demotivating. My husband and I went to the local health store and bought every anti-cancer food on the shelf. We starting drinking green shakes that tasted like we were licking the bottom of our lawn mower.

The day of our appointment with the oncologist, we got lost. Not figuratively, literally. A doctor spotted us in the hallways of the hospital and asked if we needed assistance. Once we got over the shock of a doctor even making eye contact, much less smiling and helping us, we were on our way.

We stepped tentatively into the waiting room lingering beneath the lettering declaring Massey Cancer Center. We were in our suits, carrying briefcases, feeling like the belligerent alcoholic on his first night of AA, silently declaring that while we felt bad for everyone else, we didn’t belong here.

A receptionist saw us, my husband holding his work briefcase like Linus with his blanket, and he waved him over with a smile and warm welcome.

In the meantime, I sat and observed my new surroundings. I noticed a woman to my right who was probably in her early 60’s waiting for treatment. She had school books in her lap, and looked tired.

Oh no, I thought. She’s a teacher with cancer and she is here all alone. I need to say something.

I caught her eye and said, “Are you okay?”

“Oh yes, honey,” she said. “I just got out of weightlifting class and they worked us hard today!”

I realized that I was in the presence of spiritual strength.

“I’m currently a paralegal, but I’ve decided to go into criminal law. It’s always been my passion, so I’m going back to school. I’m changing my life,” she continued.

They called her name for treatment and she adjusted the scarf on her head, picked up her books, flashed a smile at me and moved on.

I saw an older couple enter the waiting area, and they were laughing with the nurses, despite the frail look of the husband. The husband was fussing because his wife was walking too fast, and she was telling him he could just increase the speed of his walker.

In that moment, I realized that this was not a place of fear, this was a place of noble battle.

Our doctor was kind and thoughtful and caring. He shared information without sadness, yet still retained a seriousness that showed respect for the situation. The only breaking point was when his phone rang and the ringer was Bad to the Bone.

“Really?” I said, and we all laughed.

After a bone marrow biopsy and cat-scan, the news was good. My husband does NOT have Multiple Myeloma, but has a form of lymphoma that is not considered active at this time. No treatment is necessary right now, and he can take his briefcase back to work and keep going at full speed, which he is.

But no matter what the outcome, I learned that within the walls of the oncology ward were some of the most courageous people I’ve ever met. I saw what the human spirit can do when it is faced with its greatest, most fearful unknown. I saw doctors and nurses who cared without condescending, and cancer patients who thrived spiritually no matter what their physical status.

I felt like God on the seventh day of creation. I viewed the wheelchairs, the bald heads, the gaunt faces, the smiles, the strength, and the laughter. I watched people hold others on their laps when they were tired, doctors pat patients on the back, and people apologize for blocking your path with their wheelchair.

I saw people standing up to fear with laughter and love and strength.

And it was good.