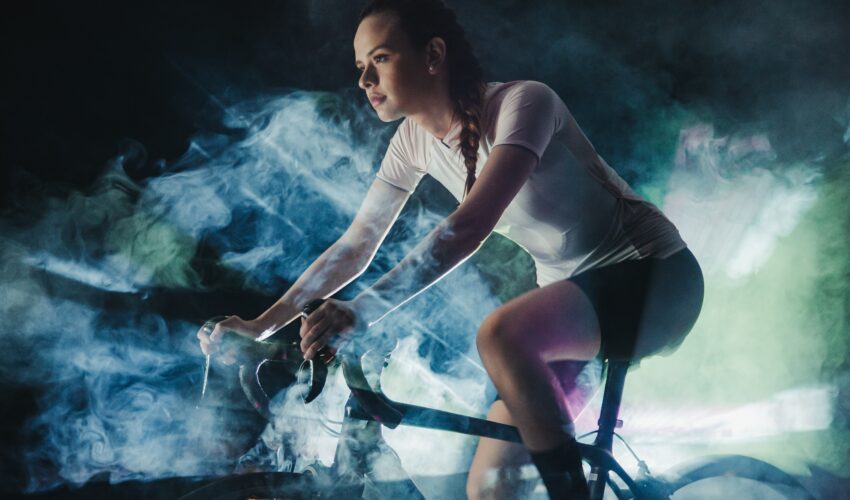 I am typing this with wrist braces because I have inflamed tendons in both wrists. It started with a long project with lots of interviews and notes, but worsened with my Peloton. Not because of the bike, but because I was gripping the handle bars as if riding a wild bull instead of a stationary bike. That kind of determination has served up both my greatest joys in life and my biggest failures. Somewhere along the way, somebody said “get a grip” and I never let go.

My mother always said that she knew my tenacity would take me places, she just hoped it would be into business and not some sort of corporal punishment facility. And it has paid off, like the time I became a Girl Scout, not because of the groovy green outfits, but because I heard about cookie sales. The troop I was joining had one girl who won the cookie selling contest every year because her mother, the troop leader, sold them for her. I knew my mom would not help me in the same way, not because she was a terrible mom but because she was a good one, and knew that it was my responsibility to sell the cookies, not hers.

I launched a selling campaign previously unseen by the Girl Scout organization. I went door-to-door every Saturday in my neighborhood. I loaded boxes in my bike basket and took them to every friend I played with, pressuring unsuspecting parents. Every Sunday, I took them to church and used my position as a preacher’s kid to get people to buy them, until a deacon pointed at the “No Solicitation” sign. After learning what “solicitation” meant, I realized he had won and moved to the phone for sales.

But I worked hard, before the days of cell phones and social media and kick starters and such. I hit the pavement. At the end of the day, I came in second, only ten boxes behind the troop leader’s daughter. While discouraged by the unfairness of the result, my parents told me they were more proud of the fact that I had done this on my own than the fact that I didn’t win. I held on, making it happen, and didn’t let go.

As an adult, I have found there is greater power in letting go with equal determination. Not in a way that means I stop trying, but in a way that shows I trust the Universe to bring me what I need, when I need it. Because, in retrospect, I have realized that most events in my life form a pattern of learning, involving a teacher greater than myself.

I feel guidance, but only when I get quiet and stop trying so ridiculously hard to make it all happen. The supports on my wrist prove that while I’ve read every book on stress known to human beings, the letting go is a continuous effort. Wrestling a situation to the ground seems to be my go-to move.

While we can’t fix much of what is currently happening, we can remember that history also has a pattern, and we will struggle, survive, learn and struggle again. And as we keep giving our individual best, we must stop trying to have authority over the collective result. The fact is that there will be parts of this wild ride that we cannot control. Just ask my wrist braces.