Is Math a Misogynist? 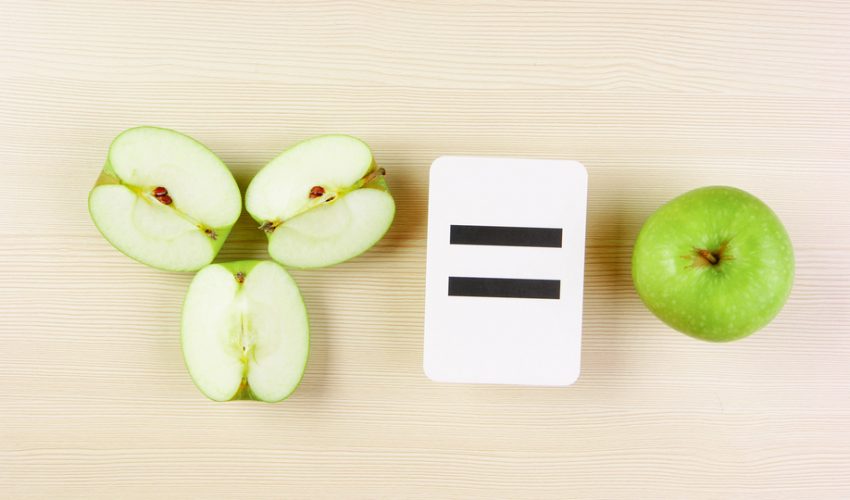 I knew I had rocked the initial interview. The assessor started by holding up a string of different shaped beads, and then took it away after a few seconds and asked me to recreate it with a piece of string and loose beads. I nailed it in record time.  The interviewer was smiling a smile reserved for those who were gifted. I could already see myself leaving regular class to go into that room where kids wrote and played and did whatever they wanted because of their specialness.

(Spoiler Alert – the use of the word specialness lets you know that I did not made it to that gifted class).

Then I heard the words that would slam my hopes right down to my corrective shoes. The woman looked at me, and slowly read the following sentence – A train is coming from the south at 70 miles per hour, while another train is coming from the north at 85 miles per hour. I knew the actual story problem should read, From the time the story problem was read, how quickly did Donna’s foray into the gifted class speed out of the room? Math had entered the equation, and it was not my friend.

[quote button_text=”Tweet the Quote]I started having panic attacks when New Math changed how we did long division. My self-esteem plummeted faster than that train coming in from the north.[/quote]

Math became the worst misogynist in my world, creating environments that took away my self confidence:

I once read about research concerning the male and female brain. Each gender was repeatedly put in an MRI machine and asked math questions. This is my version of hell. Put me in a contained area and drill me on math.

I would like to say that I believe men have dominated the workforce by making every discussion about numbers. The intimidating spreadsheets in executive meetings are intended to make us panic and volunteer to run get coffee for everyone. The strategic planning meeting rarely discusses behaviors to drive numbers, but only the ROA’s and ROI’s and other RO numerical topics that cause many of us to hyperventilate. We’ve been taught all our lives that numbers are for boys, right?

Women, let’s not fall for the panic point. The same article I linked to above said that the communication of both hemispheres is necessary for math problem-solving. We’ve got this. Math doesn’t get to win.

Now, if it takes me a while to answer your comments, please know that I’m still trying to correctly capture the solution to 7 + 8.