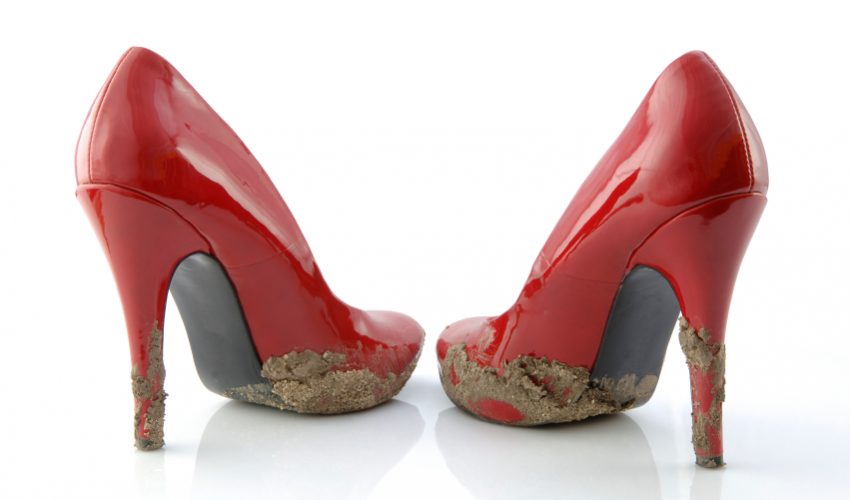 The “Housewives of Atlanta, New York, Orange County, etc.” have to be produced by men. They are the current equivalent of females mud wrestling.

Pick a few attractive women, dress them like rich hookers, and then put them in a room and let them duke it out. Husbands stand back with their martinis and watch them go at it, looking both entertained and turned on at the same time.

In one Housewives scene, there was actually a fight in a limousine between two sisters in their forties. Of course this fight had to occur in tight cocktail dresses and stiletto heels, with a lot of bending over as they tried to reach each other to throw a feeble, fake-nailed smack.

The camera always had the back end view of the horse in all its glory. Disgusting. And, yes, I know the details because I watched it. But I was still disgusted.

Not surprisingly, a large majority of these women spend their husband’s money and have little of their own. Producers make sure they capture the moment when a husband says, “Yea, well I’m paying for all of this” and the wife bats her eyes and giggles. Come on, guys. Most women work these days.

Did you know that they now make high heels for toddlers? Little tiny girls are strutting around in short dresses and shoes that are throwing their spines out of whack. My daughter lived in her brother’s hand-me-downs until she was in school, and she was perfectly comfortable. I just cut her hair in a Dorothy Hammel and let people think what they wanted.

I wish a reality producer would think about filming some female executives that are running homes and companies without large, fake boobs or tight pants. I wish we could hear a conversation between women about how to strategically drive revenue rather than who’s driving the limo.

But, let’s face it. Nobody would watch it. We’d rather watch Snooki get knocked off a bar stool. Yes, I watched that too. Apparently mud wrestling still has its appeal.