My Dad with One Oar in the Water 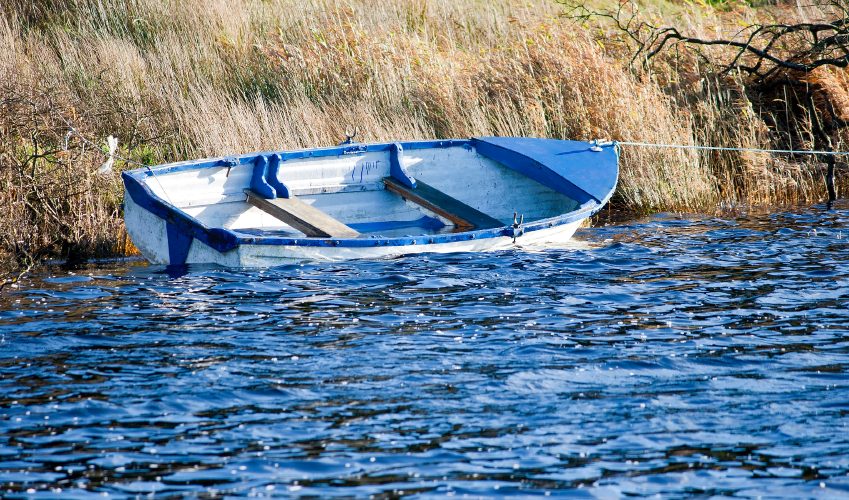 News alert – I think the world is actually changing. I was thrilled, yesterday, to see that a lot of fathers were at the U.S. Open Golf Tournament with their children in tow.

In my day, Father’s Day rocked, but rarely included time with the kids. My father got a breakfast of bacon, eggs, and biscuits. Dad would then come home after his Sunday sermon and get a delicious lunch of his choice, made by mom and including his favorite — homemade banana pudding. If you’ve never had banana pudding with bananas, Nilla wafers and warm custard poured over the top of it, you have not lived.

Dad would then get his well thought-out gifts, usually something either tied to tennis or his pipe smoking habit. Mom would have saved green stamps or money to buy something special for him, and it would always be wrapped and placed by his plate at dinner.

Next, dad would get to leave us kids behind and play tennis with another dad on furlough or go fishing by himself.

I do remember laughing at dad’s fishing stories. He loved the water, but should have never been allowed on it. One year he was supposed to sail across the bay to San Francisco with his professor from seminary. They got half-way across the bay and the wind died. It took them nine hours to make a one hour trip.

Another year he took a row boat out for a quiet day of fishing, only to get his fishing line tangled up in a bush. He must have been casting towards shore. In his attempts to free his line, he lost an oar. I’m pretty sure he went in circles from about two hours before he figured out how to move forward . We always said that was the Father’s Day when dad discovered he only had one oar in the water.

Fathers today might spend more time with their kids, but nobody can beat my dad for Father’s Day adventures. And while he is no longer with me on this earth, his stories stay in my soul.

To my dad: I love you, miss you, and hope that, in heaven, you found the other oar.