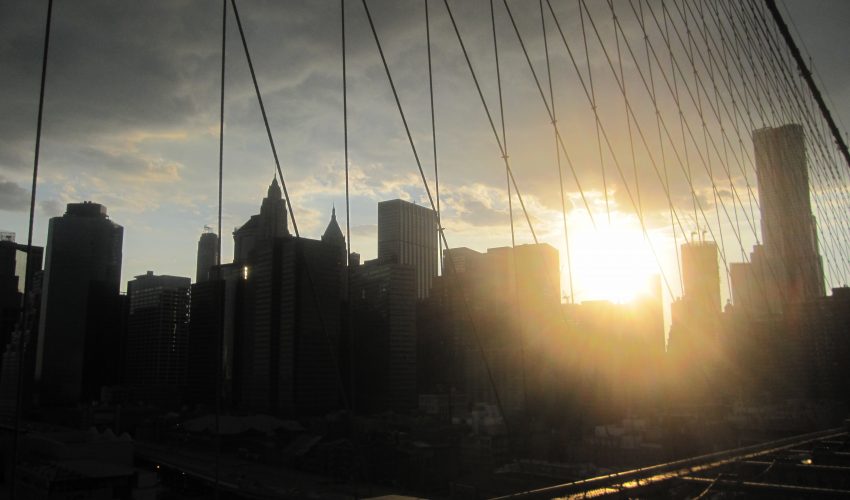 Last blog I shared a few stories about taking my daughter to New York, and promised a few more this week. Well, here we go.

The best part of change is the anticipation of what’s to come. As we discussed her future, I think Samantha and I envisioned the Mary Tyler Moore experience –  my daughter throwing her hat in the air with the strains of “You’re Gonna Make it After All” playing in the background.

Instead, we had the Rhoda experience with an attic apartment, no air conditioning, small closets, no working stove, no money, ETC. . .

Our second day began as the first had ended, lying on a sweaty air mattress. I awoke early and stood to face the rising sun, our own personal windmill that we would furiously and futilely battle all day.

I jumped into the shower around 6:30 a.m., standing under the trickle of warm water that the landlord inaccurately labeled “the shower,” and almost pulled my neck trying to move my head around enough to get the shampoo out of my hair. The movements were reminiscent of Ray Charles.

Stepping from a warm shower into a 95 degree bathroom set off a mother of a hot flash. I returned to the bedroom with wet hair and sweat running down my face.

We were at Lowes by 7:15 a.m., trying to bribe our way into a same-day installation of a window unit. My bribe fell flat, and we were told installation would happen in three days. Maybe.

My daughter suggested we take a short walk to the cable company. Twenty blocks later, we entered a room where employees created something less than a warm and fuzzy customer experience as they glared at us from behind bullet-proof glass. A metal cabinet was available for customers returning equipment. It looked more like a pass-through for a weapon than a DVR, but it worked.

We waited for twenty minutes, and were, finally, next in line. The woman in front of us took her place at the next available agent and repeated this phrase for an additional fifteen minutes – “But I was told that my DVR would be free.” At that moment I wished I actually had a weapon.

Once we received a firm commitment that cable would be installed in a “few days,” we walked our twenty blocks back to the hot apartment. We tried to drive to Target, but could not seem to get to the store that we kept circling with other delightful Brooklyn drivers. Returning to the apartment, we walked another fourteen blocks to the subway which we rode to Target. We returned with six bags that took up four seats on the subway. That drew more than a few scowls, especially from the guy talking to his cello cover.

Walking fourteen blocks in the afternoon sun, we returned with our goodies. We put up a couple more fans, and the portable air-conditioner began to make a difference. At 7:00 p.m. I took the girls to a pizza place for their reward. At 7:30 p.m., I hit the road for a seven hour ride home. At 1:30 a.m. I was making great time and was only 30 minutes away from my destination. Then I hit a construction site, and amazingly the roads were packed with trucks.

One hour later I arrived home. It was done. I missed my daughter already, but I figured all of that sweating and walking would at least mean weight loss. At 2:30 a.m. I  jumped on the scales. I lost less than one pound, and that was from pure dehydration.