Why Peppy People Terrify Me 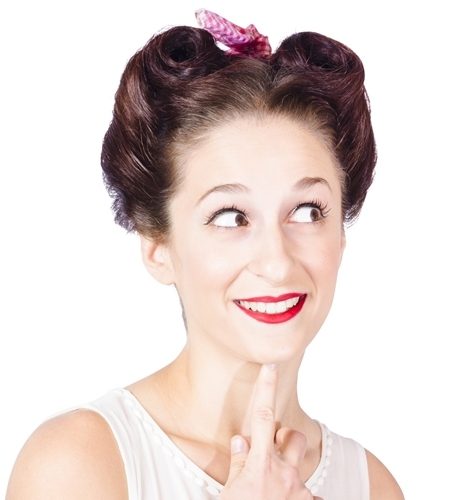 There is something about peppy people that I don’t trust.

I am not referring to the sincerely energetic people who are kind and disciplined. I mean the bouncy, perfectly coiffed, smiling-so-much-they-need-vaseline-on-their-teeth people.

Perhaps it’s because as a preacher’s kid I learned that the peppiest, sweetest people often were fashioning the gossip-guillotine that would eventually cause my dad a lot of pain.

Or because I have found that the flatterers who say things like, “I want to be you,” actually mean it. They don’t just admire you, or think you’re smart. They want to knock you down, drag you out, and take your place.

Maybe my discomfort started with clowns . . .

I remember being taken to my first circus and become fixated on this large man dressed in a polka-dotted jumpsuit. I thought he was a really big baby at first which freaked me out. Then I looked at his face and realized that his smile was painted on. Painted on! I had no idea what was going on behind that fake smile. I didn’t understand the big red nose. I didn’t know the true size of his feet nestled in those big shoes. I didn’t understand the bright orange curly hair that looked like rotten cotton-candy.

So, how do you recognize peppy people?

These people are your self-proclaimed doppelganger, and they will have everything in your life if they can get it.

So, be optimistic. Be generous. Compliment others. But make sure the motive behind it is sincere. Be real.

Otherwise, you could become one of the peppy people. And I will recognize you behind that new nose, and that cotton-candy hair, and those Jimmy Choo shoes. I will see you.

And you will scare the hell out of me.