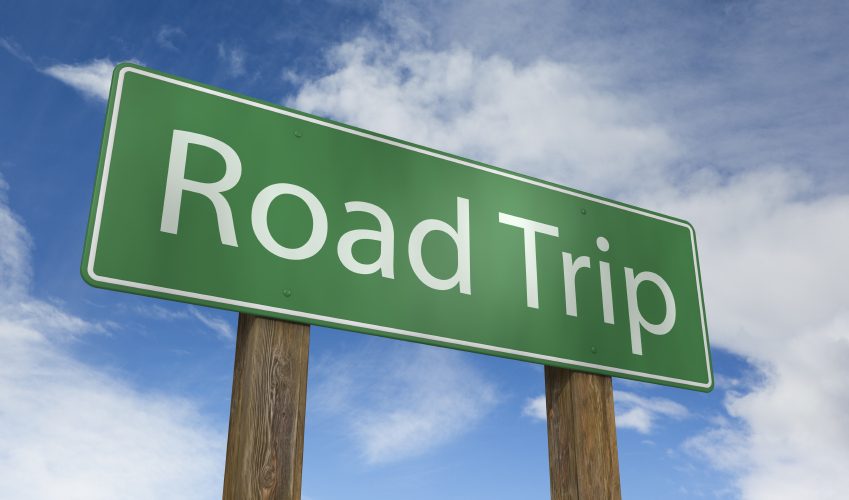 We’re on the way to pick up my college graduate from school.

Of course there is a large group of people staying at our house – most of them look like the guys from “Duck Dynasty” – so  for those wondering if our house is empty . . . it isn’t.

There – my mother would be proud.

Now, back to point. Our trip started with my husband shutting his finger in the car door. Once we bandaged up the purple appendage, we proceeded to pack the car as my husband grimaced every time he forgot about the hurt pinkie and used it to pick something up.

After a few choice words from him and some muffled laughter from me, we took off on our trip, stopping within five minutes to get Starbucks. Hey, it’s an addiction.

We had been on the road for another ten minutes when my husband decided to scratch his nose, which seemed harmless, except that he used the hand that was holding the coffee. Now he has very large coffee stains on his white shirt that stretch from his shoulder to his chest.

I guess we’ll pick up some burn salve when we get more band-aids for his finger and ice for his head.

Driving through West Virginia, we stopped at a large rest stop near Beckley. I saw looks of pity as I led my coffee stained husband with the purple finger and large knot on his head.

I told him to act deranged so we could move to the front of the line at Quizno’s.

The second to last time we made this trip my husband broke his front tooth off. The last time I broke off my tooth.

Only 13 more hours to our destination. Wish us luck.