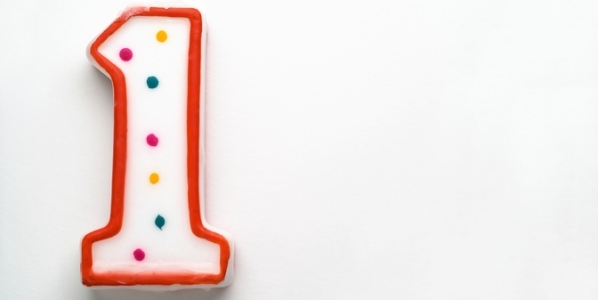 I will never forget my 3rd grade teacher, Ms. Giovondo. She introduced me to true competition through the book report system. If we read five books and wrote up five book reports, we got a button and our names were tacked to the board. When we delivered ten books reports we received a ribbon to add to that button, and so on.

The minute I found out that there were rewards for achievement, I got serious. I was a voracious reader, and I started writing book reports like crazy.  Did I remember any of those books that I read with the speed of Evelyn Wood? No. Did the pin really bring any extra perks? No. Did my classmates appreciate my raising the bar? Absolutely not. But I couldn’t help myself.

[quote button_text=”Tweet the Quote”] There’s something about measured achievement that makes me feel alive.[/quote]

I remember being a Girl Scout, and standing in front of grocery stores during cookie season while my other friends played outside in the California sunshine. Why? Because there was sales prey going into those stores, and I was the T-Rex with a green sash and a sales pitch. I was determined to win.

I never claimed the top cookie-seller spot, because the troop leader’s daughter was in our troop and her mother helped her sell cookies. My mom refused to help me, a decision for which I’ve always both respected and resented her.

So, I left Girl Scouts and decided to excel at church. My father was the minister, so I had a distinct, home-field advantage. When they announced at prayer meeting that visitation nights would include a goal of people reached,  I decided to witness to all of my friends and bring them down the aisle. When one of my friends confessed to my dad that she didn’t really know if she believed in Jesus but came down the aisle because I told her she had to, I lost my potential for number one status.

In high school I tried out for cheerleading  because many of my friends were doing the same. I knew that I was the worst gymnast on the planet, but decided to work hard to overcome my deficiencies. And there were plenty of them.

One of the current cheerleaders saw me practicing and took me on as her own Pygmalion challenge. I’m pretty sure she regretted volunteering the second she saw my cartwheel. When she realized that I had the incredible ability to do over 200 cartwheels without improving, she moved on to the splits. This was a required move.

I practiced my splits for two hours a day. But the day before try-outs  my crotch was still at least 24 inches above the ground, even with my coach pushing on my shoulders. We decided that I would just bend down on one knee and strike a pose.

On the day of try-outs the cheerleading committee called in two girls at a time. The first number was called and I burst through the doors, screaming like a maniac and showing my best cartwheel. As I scraped my nose across the gym floor and jumped up on bent knees, I noticed two more people to the right of me.

“Donna,” the lead teacher said, “We didn’t call your number.” I woo-hooed my way out the door and left.

So, I signed up  to be the school mascot, the Mariner. I could envision myself in a cute little navy outfit with blue bell-bottoms and a white hat.

My eyes could only be seen through the mouth of the massive head, and, as a final indignity, I had to hold onto it lest it shift on my shoulders and slam into the side of my head, knocking me to the ground.

When I took off the head to join the cheerleaders for a game-night walk around the track to a crowd of adoring fans and cute guys, I lost out again. I was the immensely sweaty one with shoulder pads, a red-face and underarm rings.

And now, in my 50’s, I’m throwing my hat in the ring of writers. Despite facing hot flashes and rages, I’m trying out. Again, much of my writing is as uncoordinated as those cartwheels, but I’m not going to give up. Because if I don’t make it as a humorist, at least I can be the mascot.

And I hear clowns outfits are  a lot easier to balance than mariner heads.