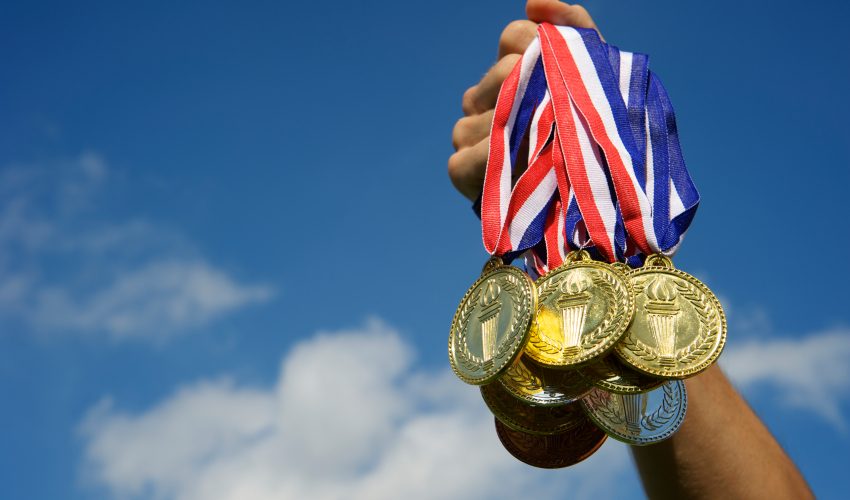 I cry as soon as I hear the Olympic theme song. I cry when I see the opening ceremony. Then I cry when I realize how long it takes for all of the athletes to march onto the field.

As I watched what seemed like five thousand country flags pass by, I decided that some of these countries are not real. I think people make them up just in time to qualify.

Therefore, next Olympics, I’m going to declare “Real Dames” a country, and we’re going to have two representatives.

I want to carry the flag, although I won’t be like those perfectionists who were so focused on looking up at the flag they came dangerously close to those people carrying the names of the country, who looked a lot like Joan Cusack in “Sixteen Candles” with her back brace.

I’ve also considered our attire as we march into the arena. I’m thinking if those kids could wear pajama’s in the opening ceremony, so could we. In black, of course.

Concerning which events we might dominate, I believe Dames could:

So get ready, Dames, for the next Olympics. Let me know your skills, and I’ll consider who will accompany me four years from now.