The Day My Menopausal Rage Shrunk 5X Its Size 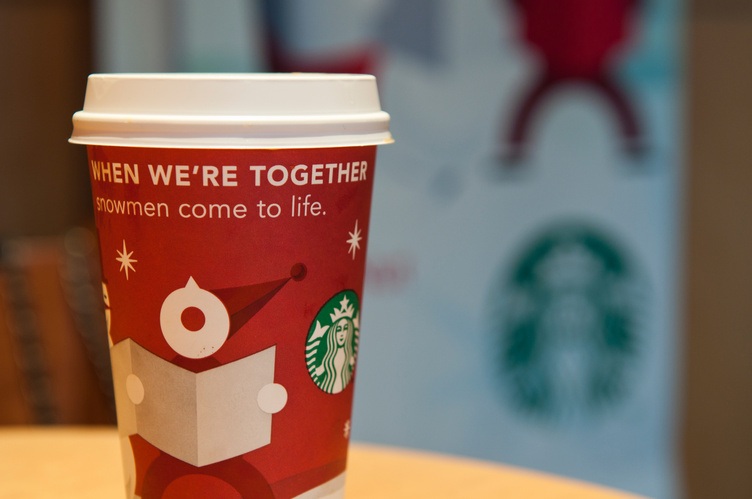 The time for holiday shopping has come, and my menopausal self is shockingly glum.

After bad traffic, and an hour of parking, I’ve started my fussing, and whining and snarking.

“They are so happy,” I snarl and sneer. “Christmas is coming. Crap — it’s almost here!”

They are oh so happy as they rush to buy toys. And then they stop to get coffee filled with weird things like soy.

They wait 40 minutes for a Grande-Peppermint-Mocha-Frappucino-Light-Whip. They say those names without one single slip.

They go to Cheesecake Factory, and sit down to a feast. They eat and they eat like uncivilized beasts.

THEN they do something I like least of all. They ring bells by red buckets in the middle of the mall.

And carols are played through horns that are loud. The people gather round and soon there’s a crowd.

They join together around a big, fake mall tree, and some try to hum, to whistle or sing. But most are on their iPhones that DING! RING! DING! DING!

They laugh! And they talk! And my frustration grows. I am tired of the crowds, and the toys and fake snow.

Then I get an idea, an AWFUL IDEA! I’ll stop all the madness, I’ll make them stop singing. So I grow sarcastic, and my words they start zinging.

I yell to my friend as the horns PLAY! PLAY! PLAY! I say really loud “Can you believe we have stayed?

This band that is playing is pathetically sad! This band is not good, it is horribly bad!”

The last phrase I shared, though not by my choice, became a clear message, as I heard my own voice.

The band had stopped playing, and my voice rang out. “It’s horribly bad!” became a big SHOUT.

My words ripped the decorations right off of the tree. They took the smile off of faces, and erased people’s glee. I took all the voices and dropped them in bags. Where moods had been high, they now started to sag.

I slithered and slunk, trying to escape from the crowd. I had NOT meant for my words to be so very loud. I looked at the face of a little-Lou-Who, and I felt horribly, terribly, awfully blue.

So I took out a twenty, and took out two more, and I put them in the bucket to even the score. I smiled at the band leader, a sad little smile. And I knew that my badness would last for a while.

Then an amazing thing happened… he smiled back at me. And his eyes were not angry, but filled with true glee. I knew what I’d said, and was ready to go. But now he played more music, how could it be so?

As the band played I started to sing. And I watched the bell as the man made it ring. “Well this isn’t so bad, I even like that fake elf. I’m really quite happy,” I said to myself.

And what happened then? Well at the mall they will say, that my menopausal anger shrunk five times that day. And I went to get coffee, and smiled at the stories.

And I rediscovered Christmas in all of its glory.

Then I dropped my coffee and curse words I did say. And the rage grew right back on that very same day.