The Sky is Falling!! 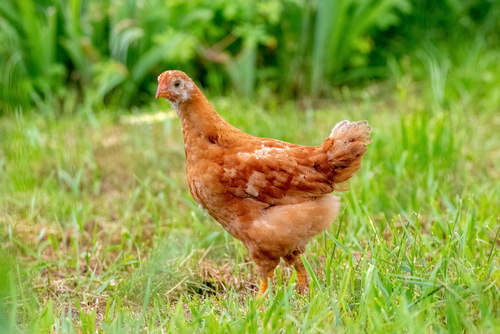 I was always annoyed by Chicken Little, even as a child. That bird, running around telling everyone the sky was falling seemed like a big wuss that needlessly upset happy animals for no good reason.

Of all things in life I knew that I wasn’t, Chicken Little was number one.

However, the past year has provided some empathy for that poultry pontificator. While I haven’t verbally been spreading fear, and have tried to do the opposite, I wonder sometimes about my actions. If someone watched me right now, would they believe that I was as confident as my messaging?

When I read the definition of a societal response called Chicken Little Syndrome, I recognized the truth of it over the past year.  Described as “inferring catastrophic conclusions possibly resulting in paralysis,” the syndrome strikes very close to home.

In the last few months of COVID, I left a very secure job. I decided to follow my passion. But instead of keeping my eyes on the prize and moving confidently forward, I’ve been looking up, waiting to see what might fall. In fact, I recently recognized the subtle paralysis that has gotten a grip on my brain and society in general. My discovery took shape at Barnes and Noble, where many of my epiphanies can be found.

It was my husband’s birthday, and I faced my usual challenge of not remembering birthdays until they show up on Facebook and I completely panic. To make up for the horrific gaff, I told him that my plan was to take him to a restaurant of his choice and then go to Barnes and Noble where I would buy him several books. He saw through the ruse immediately, but because he is tremendously gracious he declared that would be a perfect plan, especially since we had not eaten out as a couple in over a year.

We had terrifically greasy food at a Chili’s, including fries and nacho chips and white con queso dip and a big mushroom burger. We drank Coke. We were decadent and incredibly happy, especially once the couple behind us left and we were at a safe distance from all other patrons. Once we finished our meal, we picked up some Tums and moved on to Barnes and Noble, holding hands in the parking lot.

We selected books we might be interested in, bought ourselves a cup of coffee (okay, my coffee is more closely related to a milkshake but it’s a story I tell myself), and proceeded to enjoy the return to outer-world life. Then we heard someone coughing, loudly. It went on for about five minutes, and it travelled all around the store, following the perpetrator. I mentioned to Neil that maybe we should go, slightly panicked by this violently ill person who dared to cough in a public place.

As we moved to the front of the store, I spotted the culprit.  A lady, probably in her eighties, stood over a table of books coughing up a lung. I’m sure she had some condition that she couldn’t control, but I couldn’t stop watching her. I felt a slight sense of panic and tried to rush the cashier by staring at him with a fierce intensity that he never noticed. I mentioned to Neil that she should step outside and not cough all over the books, which I knew was absurd as I said it. Just as I felt a need to leave, it was our turn. We finally checked out, but not without anxiety created by a small person who probably was choking on a breath mint.

That was my epiphany – deep down, despite my motivational beliefs, a part of me believes the sky is going to fall. Again.

I am the victim of my own left-brain that uses fear-mongering as a way to save me from feeling too safe, too soon. And it’s gotten such a foothold over the last year I believe it is stepping on my excitement, my anticipation of something new, my willingness to take a risk and then jump in with both feet. I know that’s a lot of foot metaphors, but I think you get the point.

So, maybe I change my perspective. Maybe I need to decide what is actually falling.

The sky isn’t falling, but our stories are. These include our belief in recovery, in the beauty of other people, in our capacity for rejuvenation, our willingness to sacrifice for the greater good, and our belief that most coughs are just coughs and not deadly emissions.

Perhaps we start talking to our left brains, appreciating the warning but taking the risk anyway. Maybe we tell our personal Chicken Littles that we’d rather than live than hide. Perhaps, collectively, we realize it’s time to face our fear and step back out there, not ducking to miss the next falling piece of sky but to do what we do, to contribute, to be movers who courageously shake things up so much that if a little piece of the sky does fall we say:

“Excellent. Things are moving. Woohoo! THE SKY IS FALLING!”