To Dream Your Impossible Dream 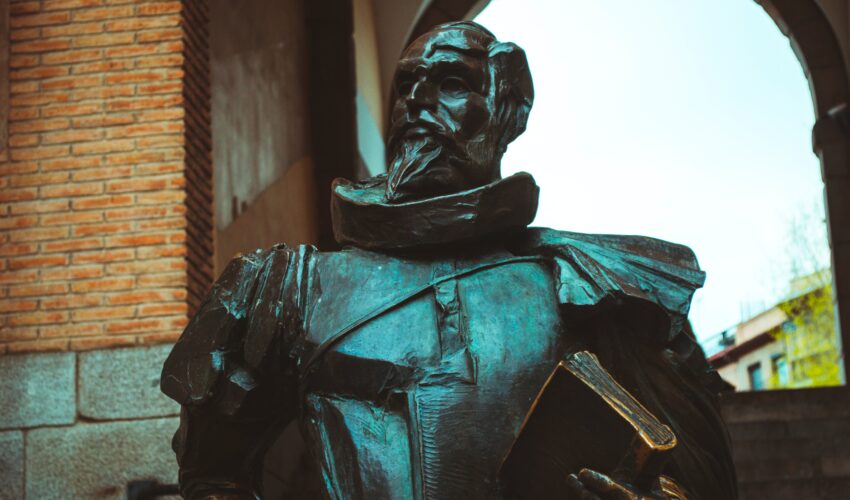 My heroes are varied and often fictional. When I was a confused, acne-laden, greasy-haired beauty of 13 years, my English teacher took us to see “Man of La Mancha” in San Francisco. When we arrived at the theater, I sat down, annoyed by the long bus ride and the fact that the teacher sat me next to him (I had a talking problem which shocks none of you who know me). I now appreciate the fact that this teacher used his own money to give us this experience, so thank you, Mr. Osborne.

Once we were all settled down and the curtain went up, I was instantly mesmerized by Alonso Quixada, a gentleman of approximately 50 years who reads too many romantic novels and takes up the name of Don Quixote, the knight-errant on the look-out for romantic adventures.

I know there are theories on the satirical, political elements in Don Quixote, but I knew none of that while watching the play. What I experienced was a man who started out addled and sad, yet ended up being brave and noble. The play kept me quiet, which was a feat in and of itself.

In rusted armor and with love in his heart, Don Quixote famously fought windmills, fell in love with a poor farm girl and found a partner in Sancho who joined for the promise of an island but stayed due to his love for the man. In a world of harsh realities, Don Quixote believed in romance and stood up for love and passion.

Spoiler Alert: The end of the play showed Don Quixote dying for what he believed in, walking up the stairs to the gallows with “To Dream the Impossible Dream” playing in the background.

As the spot light fell and the trap door closed, I was a wreck. Mr. Osborne had to console me as I cried most of the way home. The tears washed away any make-up I had on my face, which made my bright red acne more noticeable.

But my tears weren’t because the ending was sad, they existed because I thought his adventure was brave and beautiful. Don Quixote was my new hero as he morphed from an ignored old man to a courageous, noble knight. What started as his escape from the home of those who took away his romantic stories, turned into a quest which put his belief into action. He lived his passion, and, in the end, he died for it. I think that is the highest level of courage and integrity, to die for love.

I learned from “Man of LaMancha” that dreams matter, and that we can either read about them or turn them into truth. If we believe enough in love, who are we to ignore it? To pretend it doesn’t exist? To let it die a slow death without fighting nobly for it?

My windmills haven’t always been noble, and perhaps too many have been corporate. But there have been times that I have walked away from good money and promotions in the name of an action that I simply can’t support. And, in those moments, I have walked a little taller, and felt the sword of Don Quixote in my hand.

As we go to work and raise families and live this amazing, painful, fantastic journey called life, I hope that we all have the occasional courage of a man who dared to dress in his dream and face a world that laughed and leered and rejected him. Because what life-changing agent of love hasn’t faced the same? And what is worth fighting for more than the very thing that makes each day worth living?

For each of us, I pray that every now and then we dream the impossible dream, and dare to fight the unbeatable foe. I hope we look up rather than down and find our star, then follow it, no matter how hopeless, no matter how far. I hope that each one of us will be peaceful and calm when laid to our rest, and the world will be better for the fact that we left here scarred, exhausted, and ready for the next adventure beyond this life.

As as the stage goes dark, I hope that our last steps will show that we strove with our last ounce of courage . . . to reach our unreachable star.