What A Jock Raid Taught Me About Feminism 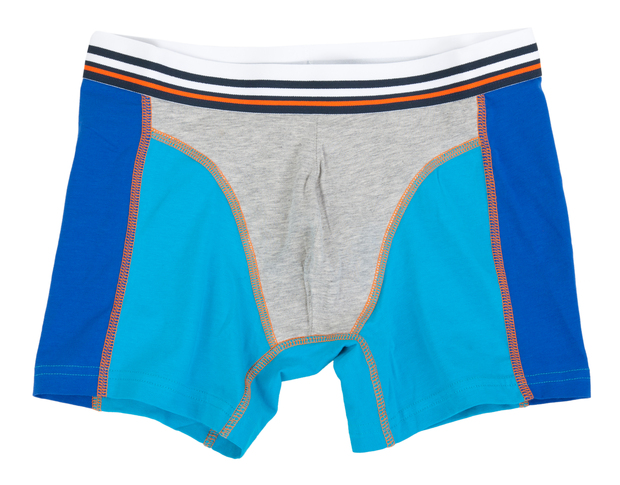 One of my first attempts at promoting women’s rights involved organizing a jock raid. Granted, it wasn’t a Million Woman March, but I had a point to make.

I was a freshman in college, trying to cram every college experience into my first month on campus. One night in particular, we had our first panty-raid. I remember opening my dorm room window as a group of my hall mates giggled while the guys yelled, “Drop-Your-Panties!”.

I watched incredulously as my friend proceeded to slingshot her lacy, black bikini underwear out the window.

[quote button_text=”Tweet the Quote”]I held onto my pair, since my comfortable panties were less Victoria Secret model and more Alice from The Brady Bunch.[/quote]

A guy I knew sat in the tree outside my window, waiting patiently. The girls were furious that I wouldn’t slingshot him a pair. I didn’t know how to tell them that the elastic on my underwear was such that my panties, once released, would drop to the ground like a dying quail.

Eventually a few of the guys were let in by their girlfriends, and went running down our hallway. A couple of us proceeded to put soap and water on the floors, resulting in a few cracked bones.

Once the raid ended, I began to formulate a plan of retaliation. I spent all of 35 seconds on my meticulous tactical plan. I refused to be a sitting duck waiting for the next attack. I was woman, hear me roar. I would lead a campus offensive. I would turn this whole college tradition on its ear.

I gathered some of the girls in the hallway to discuss the raid, and prepared to motivate my unwitting troop.

“Okay, ladies, why should the boys be allowed to be on the attack while we cower in our rooms, unsure of when they might show up again?” I asked.

“Come on — why has it always been panty raids led by the guys? Why not a JOCK RAID led by the women?”

I could tell that my passion for women’s rights was falling flat, so I switched to something they might be more interested in — the jock raid outfit.

I suggested sweatpants and tennis shoes, but some of the girls overrode me. They wanted an outfit that would allow nimbleness but still exude a hint of something sexy. We ended up dressing in leggings of any color, one-piece bathing/body suits, and the coup d’état — panties bobby pinned to the top of our heads as a sign of defiance.

No matter what happened, we were not to lose our panties.

I prepared my troop with some quick instructions.

“Ladies,” I said, “I want men to realize that they don’t get to call the shots. We are going across campus to their dorm, so no talking on the way. Once we get positioned outside of their windows, we are going to yell, ‘DROP THAT JOCK!!’ It is currently 1:00 a.m.

Are you ready to be involved in this school’s very first jock raid?”

There was a murmuring of sorts as girls adjusted the bobby pins holding their panties in place, but overall they were ready to go on the offensive and make a statement for college women everywhere.

We started out with quiet enthusiasm, but forgot how far away our destination was. We began to breathe hard and lost a couple of girls when we crossed the street that went to a late-night pub.

After what seemed like an hour, we stood and surveyed the one, steep, grassy hill that stood between the men’s dorm and us.

I whispered “walk this way” and led them, hunched over, across the vast expanse of wet grass.
We looked a bit like Marty Feldman as Igor in “<em>Young Frankenstein</em>.” Just as we reached the middle of the hill, we heard the trees around us moving. Then, a quiet, deep rumbling sounded, growing into a testosterone-filled roar. We saw our destiny as a circle of about 50 guys emerged from the trees — in their underwear.

We would later find out that there was a traitor in our midst. A girl on our hall who was offended by both our outfits and our plan had called her boyfriend to let him know that we were coming.

As the guys roared and ran towards us, I yelled out “RETREAT!” Amidst screams, our troop turned to run.

Many of our boxer-clad attackers were on the football team, so they had pretty good moves. I was almost in the clear when I saw a large man in white boxers crouched and waiting for me. I tried to cut to the left and lost my footing. I slid right under him.

He grabbed me under the arms and yelled, “I got one!!’ At that call, the guys let the rest of the girls go. I found it all too appropriate. This was my idea, I was the Captain, and I had to go down with the ship.

At the men’s dorm, I had to walk down a hallway lined by guys who I knew from campus, also in their underwear. I was thrown into a shower and a jock was placed around my neck. Neither the shower nor the jock were clean, and in my disgust I momentarily forgot the stand I was taking for women everywhere.

On the way out of the dorm, one of the guys yelled out, “Can I have the panties on your head?”

In that moment, I became Joan of Arc.

“Nobody gets my panties!” I yelled. “I have your jock, but you guys get nothing. My mission is accomplished. This win belongs to us. And I will NOT be back!” With those words I ran back to my dorm.

I kept that jock around my bedpost for the rest of the year (after washing it with bleach). For me, it represented some important lessons.

First, being willing to take a stand empowers you.

Second, taking a stand without a good plan embarrasses you.

And, finally, just because you’re a woman doesn’t mean other women will support you. Especially if they hate your outfit.