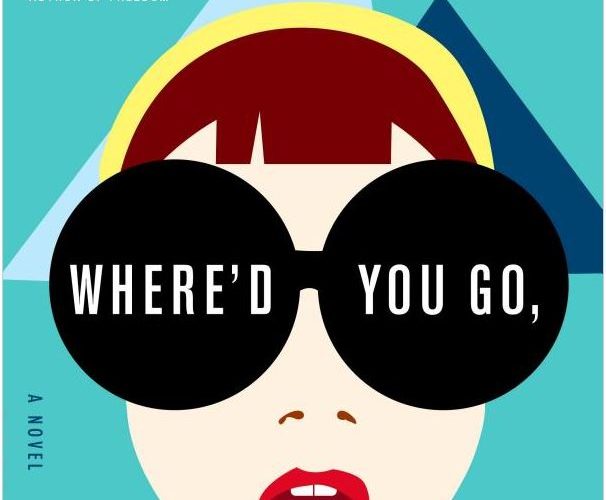 I realize that when a book is a national bestseller and in the process of becoming a movie, you might not be the first one to read it. But thanks to my daughter, who recently interviewed author Maria Semple for Entertainment Weekly, I’ve now added this book to my list of all-time favorites.

Why? Because it made me laugh, and because it features a character named Bernadette, the mother who in so many ways represents many of us who have forfeited little chunks of our creative selves along the way. She is the woman whose skill did not include the traditional nurturing chip that seemed to be placed in so many women.

I knew my own Bernadette before this book was ever written. I was the woman who sat in Hardee’s with other moms and kids and wondered what in the hell I was doing there and why was my hand was sticky and how much I hated indoor playgrounds.

Bernadette Fox was an award winning architect who left her home after a heart-breaking architectural experience to follow her husband to the valley of Microsoft in Seattle. Her plan was always to return to Los Angeles to build another award winning structure, but after having a child with a heart condition and realizing that her husband was happy in Seattle, she decided that she could leave her talent behind and be totally fulfilled without it.

Her need for creativity burst out in a variety of socially unacceptable ways, like putting up a huge sign in her yard that could be seen by prospective parents of  her daughter’s school, calling the other mothers “gnats” because they judged and annoyed her. Again, I can relate. Her life reminds me of the mommy lectures I received from other gnats for not making my kids nap and allowing them to watch “Chips” rather than boring cartoons.

The book made me breathe a sigh of relief about the slightly crazy side of me.

Read my daughter’s review for a summary, but let me include a few of my favorite quotes. The following comes from Bernadette’s daughter, and feels familiar:

“Here’s something about Mom. She’s bad with annoyances, but great in a crisis. If a waiter doesn’t refill her water after she’s asked three times, or she forgets her dark glasses when the sun comes out, look out! But when it comes to something truly bad happening, Mom plugs into this supreme calm.”

This reminds me of the time my son fell and busted his head wide open. I calmly called neighbors, put the kids in the car, and took care of everything. The next day I dropped a piece of macaroni on the kitchen floor and just about lost my mind.

Bernadette is the definition of a Dame – a woman who has talent, wit, and determination. I won’t give the plot away, but will say that I could be friends with any woman who says the following:

“Stepping off the plane in Miami was like reentering the womb. Was it the welcoming voices of Lebron James or Gloria Estefan? No, it was the scent of Cinnabon.”

So, who is Bernadette? “I would say she’s a really grotesque version of me,” Semple said. As a woman in her fifties, I would have to say that in so many ways, she IS me. In the interview with Entertainment Weekly, Semple stated that many women relate to the character. I do. I am that grotesquely exaggerated woman.

If you’ve ever felt quirky and eclectic . . .  if you’ve ever done something inappropriate because your creative side was screaming to reemerge . . . read this book. You will laugh your ass off. Well, I can’t promise you’ll actually lose your ass, but you won’t care how big it is anymore because you’ll realize that inside of you is a slightly deranged, inhibited Bernadette Fox clamoring to get out.

And you’ll be glad to make her re-acquaintance.

Do you have a funny book recommendation? Please leave it in “Comments.” I’m starting a list :).

Want to buy Where’d You Go Bernadette? Just click on the link below and it will take you straight to Amazon.com.