Why Early Morning Joggers Bug Me 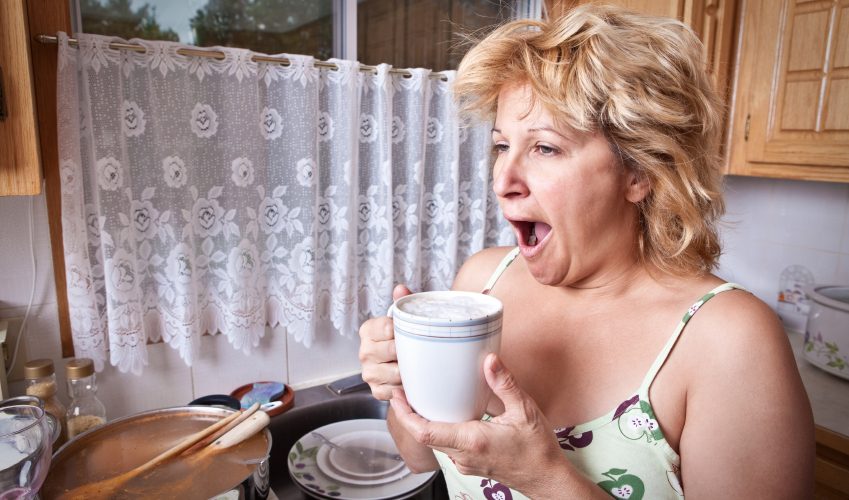 Let me start with an apology to all of my healthy friends who wake up at 5:30 a.m. to run their little hearts out. I admire you. I love you. But I simply can’t become you.

My poor husband is an early bird, and is rather disgruntled when I walk into the bedroom at midnight saying something like:

“Honey, hey, you asleep?
[Grunt] “I have a great idea. Really great. Are you too tired to hear it?”
[Grunt] “I can see your eyes moving behind your eyelids. Does that mean you’re awake?”

Yea, it is as annoying as it sounds. Why do I like to work while others sleep? I have no idea. I have always been this way. As a teenager, I was the kid still in bed sweating under my electric blanket while my ride honked furiously in the driveway.

My owlishness was why I often went to school looking like something the cat drug in, rolled over, and chose to leave behind. My hair would be greasy, my eyes swollen, and my face in dire need of some Cover Girl. Meanwhile, my sister had been up since 6:00 a.m. finishing homework, cooking a healthy breakfast and showering. She would be in the car finishing up her nails as I slammed into the seat beside her, totally grossing her out.

I have tried to fit in. I remember waking up in college one morning, determined to become a morning person. I got out of bed at 6:00 a.m., put on my jogging clothes, and proceeded to jog through snow for 45 minutes. I returned to my room, showered, and met a friend for breakfast.

I thought things were going well until I fell asleep in class at 10:00 a.m. and didn’t wake up until the room was empty. I also ended up with pneumonia and had to go home for a week.

The good news is that success is not dependent upon early mornings. I think there are many of us who are night-owls that have done just fine.

So, the early bird might catch the worm but owls catch bigger prey.