Why I Reported Menopause to the Police 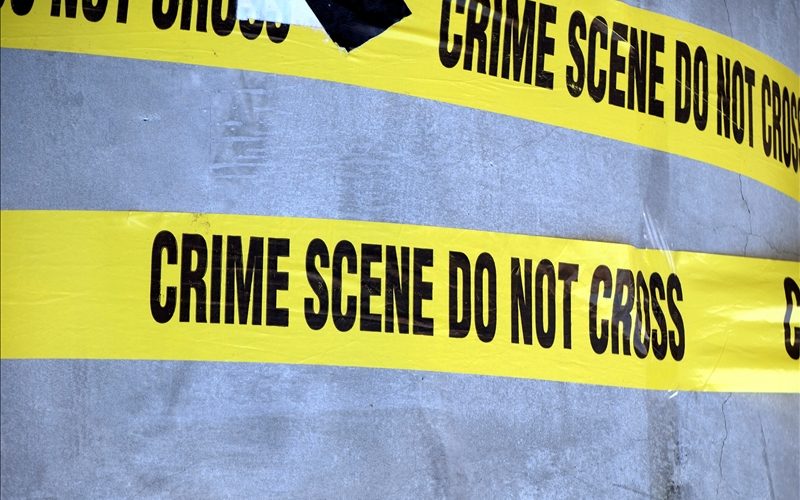 Menopause is a thief, and I recently reported the crime to the criminal division of our local police department. I figure that menopause must be an accomplished con and sociopath, since we seem to accept it so willingly into our homes. Menopause is nobody’s friend, except maybe the moisturizing industry.

Coming in like a lamb calling itself “Peri,” menopause dances around the possibilities of a robbery. It takes things from you for a while, and then returns them just when you start to panic. Like the kleptomaniac kid in your neighborhood, menopause knows how to gain your trust and rob you at the same time.

Then, one night, it goes for the big heist and you wake up a different person. [quote button_text=”Tweet the Quote”]And nobody believes that you used to be civil, and that you didn’t always flip off 80% of the drivers on the road and smell like sweat.[/quote] Nobody believes you.

Tired of it all, I filed a report. Below is the information as taken by the officer.

At about 0600 hours on 5 June 2011, I met with Ms. Donna Highfill of 41 Hotflash Drive regarding a series of robberies committed by a suspect named Menopause.

The first theft that Ms. Highfill reported was the loss of her sense of humor. Ms. Highfill said her humor used to meet her every morning after her coffee, but failed to show up on the anniversary of a year without menses.

Ms. Highfill described her humor as sparkly in color with a slightly dark underbelly, and always reliable, sharp and on-time. Since the robbery, she has had to muddle through with faux humor that has a much darker underbelly also known as angry sarcasm. She reports that her faux humor is dark enough to scare children and pious people, and is often accompanied by language she doesn’t remember learning.

She mentioned that her language offended a teenager on twitter who described herself as a “whore with an attitude.” She also upset a sailor in Norfolk.

At or about 0600 hours on 5 June 2011, Ms. Highfill also lost her naturally blonde hair. Correction, she lost her dark-ash blonde hair that hasn’t been natural since 1982. She says that menopause came as a thief in the night and took her thick hair, replacing it with something gray and wiry and thin that makes her look like the child of Einstein and Phyllis Diller. She now has more hair on her bathroom floor than she does on her head, and wants her natural hair returned as quickly as possible.

At this point in the investigation, Ms. Highfill left the room momentarily to get a tissue as she began to tear up for no apparent reason. She quickly reported that since the robbery, she cries at movies like Beaches and Love Story.  It appears that this is unacceptable to her.

She returned to report additional losses, occurring on or about 0600 hours on 9 July 2012. She started with the loss of her waist. While she says that her waist was not in tip-top shape when it was stolen, it was still a waist and she misses the ability to snap her pants. She states that menopause fooled her by making her think that her waist was going to be left behind, but one year after the initial robbery, menopause slipped back into her house and took it overnight. She went to bed a 3-hour glass (she is willing to admit that her figure was bigger than an hour) and woke up an apple.

Ms. Highfill also would like to have the moisture in her skin returned that was taken by menopause around the same time. She reported that she spent many years fighting acne and survived only because she knew the excessive oil in her skin would allow her to age well. Menopause came in and took all of her precious oils, causing her to start wrinkling immediately. She describes her skin as looking like that paper upon which the Declaration of Independence is written.

This new skin is the reason she cannot get the tattoo of her grandmother’s smiling face that she has always wanted. She fears the combination of thin, loose skin and gravity will cause the face of her grandmother to droop, make her look less like Nanna and more like the character portrayed in Edvard Munch’s painting, The Scream.

Most of all, Ms. Highfill would like to have her memory returned. It took us in excess of four hours to fill out this report because she kept interrupting the process with the following questions:

“What was I saying?”

“What is that word for the stuff on the top of your head that is like blonde, brunette… you know!”

“Why in the world was I telling you about my high school prom?”

“It has impacted my family, especially my son and daughter, you know, those two, they were born a while back, I forget their names but I can describe them. Will that help?”

It became apparent that at this point Ms. Highfill was becoming extremely agitated, verified by the fact that her face grew a deep shade of red. I left the room to get her a cup of water. As I handed it to her, she threw it on her face, slammed the table with her first and quickly regained control.

I had a doctor give Ms. Highfill a physical and psychiatric exam so that we could survey the crime scene, but found no items of evidence. I saw no sign of a break-in, nor did there seem to be anything of material importance missing other than her waist, which is definitely gone. At one point we did determine that it might be hidden under her breasts, but even after lifting her breasts to their pre-breastfeeding position, her waist could not be located.

Once Ms. Highfill rejoined us in the interrogation room, we informed her that she did not have enough evidence to prosecute menopause for robbery.

Her face turned red again, and she looked up, infuriated. She then replied, “What am I doing here again?” and asked for a piece of chocolate.