Why ‘Leaning In’ Beats Wrapping Up 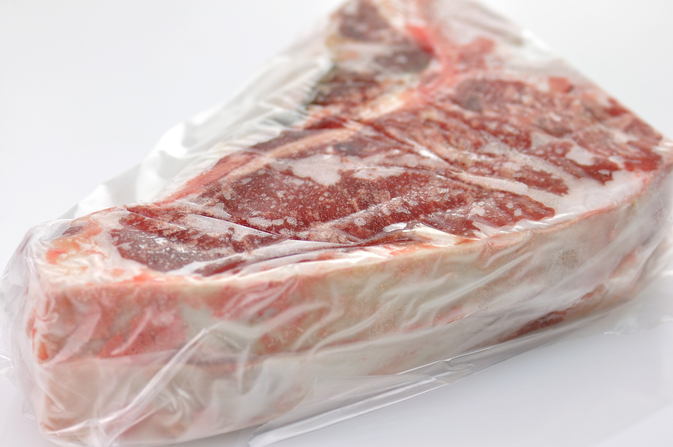 I have watched multiple interviews and read numerous reviews about Sheryl Sandberg’s book, Lean In. What interests me are the responses by women.

Personally, I’m glad it’s not another book that teaches us how to be thinner or prettier or younger. And I’m thrilled that it doesn’t involve some kind of food wrap.

Remember Marabel Morgan’s book, The Total Woman? Suddenly, across America, women were meeting their husbands at the door dressed in nothing but Saran Wrap®.

I am not judging those women, although the thought of meeting my husband in Saran Wrap® during these years of hot flashes is frightening. That plastic would be melded to my skin.

To be a total woman, you were asked to put on a servant’s hat. And apron. And whatever else might keep a man interested.

An actual line from The Total Woman read, “It’s only when a woman surrenders her life to her husband, reveres and worships him and is willing to serve him, that she becomes really beautiful to him.”

Sounds like an ad for Henry VIII’s next wife.

But that’s just my opinion. For hundreds of thousands of women, it was an epiphany. They bought the book and attended the seminars. Feminists tried to raise an angry fist, but it was wrapped up neatly in plastic and declared leftovers.

Today, we have Lean In, written by a woman who is unapologetically successful, aggressive and wealthy. She is attractive, confident and everything so many women accept in a man but won’t forgive in another female.

The woman who moves up the corporate ladder is often seen as a traitor, someone who steps on other women to get there. And, sometimes, that is absolutely true.

When there is a bottle-neck at the top, those who are oppressed fight each other for the few spots that might be available. I have seen throw-downs over corporate positions, where every woman took out another woman until there were no women left.

The corporation was created by men, for men. There is gamesmanship involved, and we haven’t always known exactly what the game entails.

Sheryl Sandberg encourages women to speak up, have confidence and be aggressive enough to shine in this environment. That makes sense to me.

Quite frankly, I’m just thrilled to have literature for women that doesn’t have the name Nicholas Sparks attached to it.

I’m also confused as to why this book has offended so many, when our language and movies and television shows have been knocking women down for years.

I just watched a trailer for the upcoming Kick Ass 2 movie, where the young female star kicks the ass of one of the males she is training. Her comment to him as he lay writhing on the floor?

Hopefully, that’s a retort to an earlier slam. But, too often, the feminine equals wussy, pathetic and weak. Maybe it’s time to turn that around, not by acting male, but by winning at the game they’ve created.

Yes, I’ve been in meetings where women have had more knowledge on a particular topic than the men, yet failed to make their point because they kept raising their hands for permission to speak.

I’ve listened to female executives start sentences with, “I know this probably isn’t a great point, but…” or “This might sound silly, but…” Way to sell it, Indira.

I’ve watched a female COO run around stapling PowerPoint decks rather than join in on a critical conversation about processes within the company. When I advised her to sit at the table, she said, “As soon as I get the lunches.” Then she raced the woman in charge of lunches to the cafeteria.

I’ve watched intelligent women giggle like geishas in a meeting in which they needed to be taken seriously. When they would share their thoughts, it was with so many disclaimers and apologies that the thoughts were forgotten before they began.

I’ve heard women make important declarations in a voice that only dogs can hear.

On the flip side, I’ve also worked with amazing, strong, secure female leaders who rocked their companies and made my job as a consultant much easier.

I don’t think Sheryl Sandberg is telling women to be men, unless by <em>men</em>, you mean successful leaders. I think she is facing a difficult truth, determined to prevail. When only 4.2 percent of Fortune 500 CEO positions are female, we need to do something differently.

Will we become men if we adhere to their militaristic, corporate rules? No. I thoroughly enjoyed most of my corporate years and was fairly successful. Of course I also hate to cook, and love football, and hate to shop, and love to play sports. Uh-oh.

But here’s the bottom line: If you want to change a culture, you must first adhere to the rules in place. That doesn’t mean you become someone you aren’t. That means you become a leader who can change things from an inside position of power.

[quote button_text=”Tweet the Quote”]I say thanks to Sheryl Sandberg for allowing us to discuss our potential power rather than weight-loss or face-lifts.[/quote]

Thank you for having the courage to be unpopular. That is the sign of a true change warrior.

Most of all, thank you for leaving Saran Wrap® out of the equation.

I don’t want to be a part of a world where women have to wrap themselves like meat for any reason, but I support those of you who choose to do so.

Women won’t move up until they believe they deserve it. And, as women, I think we undervalue our intelligence and our power.

I believe we can agree to disagree on certain topics, but still lean in and become total leaders… without the wrap.

Want to buy the book? Here is a link –