Why We Need to Occasionally Ditch Rose-Colored Glasses 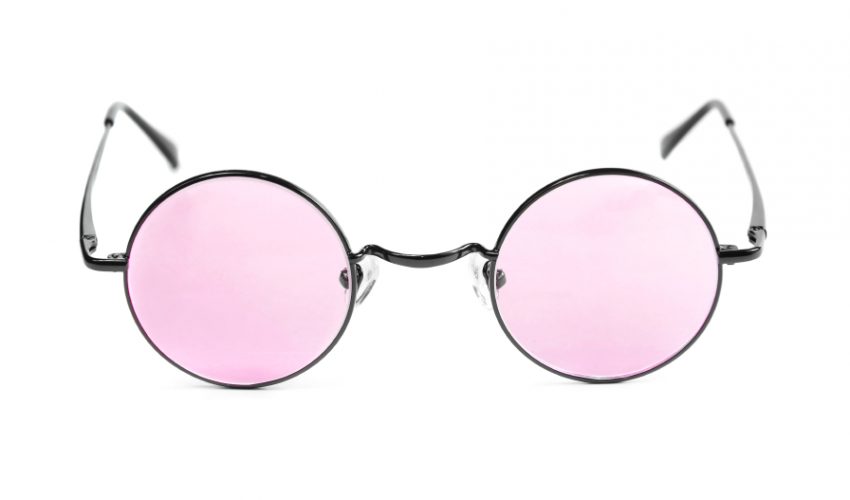 The other day I was talking to a young woman who was pregnant and told her, in a voice I barely recognized as my own, that “Labor is amazing!”

I realized that I was experiencing the rose-colored glasses syndrome. These are the memories that we share with the next generation, formed by a brain that is actually hardwired to be positive. Research shows that our brains actually color memories as “happy” to keep us thriving.

We know rose-colored glasses are on when we say things like the following:

I believe that sometimes we need to splash a little reality on our happy memories so that we don’t totally depress the person who is currently experiencing what we’re remembering.

We need to wipe off our lenses and offer up a little honesty, such as:

I remember people telling me how excited I should be about my first apartment and my first job and my first child. Yes, those times were exciting. But they were also terrifying.

I ate popcorn for dinner for two years and put up with a man in the next apartment who knocked his wife out of her walker every night at 6:30 p.m. when he got really drunk.

When my kids were toddlers, I lived in a house where post-its weren’t necessary because my house was so sticky.

And while the result of labor was amazing, by the time my son was born all I wanted was Coke, mascara, and Demerol.

Maybe, for the next generation, we should just show a little empathy and wipe the rose-color off our lenses — if only for a moment.