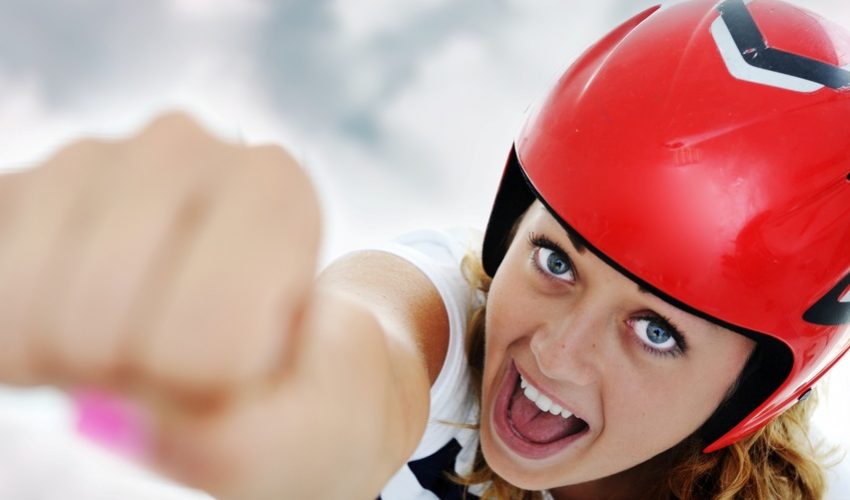 I don’t understand America’s obsession with nipples. Anne Hathaway, winner of the Oscar for Actress in a Supporting Role, gave the performance of a lifetime in Les Misérables. You would think the next day’s headline would be about her incredible talent. Instead, the headline is about how her nipples showed in her dress. Seriously.

She wore a dress whose darts came in to the point of her nipples. Yes, it made her nipples seem more pronounced. Yes, they stuck out a little more. But, what are we, 8-years-old? They are NIPPLES. Every human being is born with them, and women’s actually serve a purpose. My best friend in 3rd grade said that women’s nipples gave milk while men’s gave Coca-Cola. I thought that was nifty, and we talked about nipples quite often. But we were in elementary school.

[quote button_text=”Tweet the Quote”]If we’re not talking about nipples, then we’re talking about side boobs or nip-slips.[/quote]

Yes, as polar bears are trying to swim to another location so they can cool off, and the threat of nuclear war looms over us, I am most concerned about the performer who is showing her nipple.

Actresses who have starved and learned and sacrificed everything to follow their passion are relegated to comments that my friend in elementary school, Patrick McDonald, made about girls. I remember the day I got my pin for reading 25 books when he yelled out, “Hey, Donna, do you have on a training bra?” The class laughed, and my moment of victory was over.

The same thing happened to me in middle school after a teacher had acknowledged me for having the best grade on a test. That’s when another guy named Patrick snapped my AA bra strap in class. As the pop rang through the tiled room, he said, “What size bra do you wear?” The whole class looked at me. I turned around and said, “I don’t know Patrick, what size jock strap do YOU wear?”

The intent of exposing the exposed nipple has not varied. The Patricks wanted all eyes on them, and they wanted to embarrass the girl who was getting too much attention for her accomplishments.

Breast-watching is a way to throw a bone away from the dogs and say, “You think Anne Hathaway is talented? Look over there. Look at her nipples. Talk about those instead of her talent and power.”

I don’t blame men for this, by the way. We are all a party to it when we study pictures of powerful women to see if we can see the hint of a nipple. I’ve done it.

Maybe we can turn this nipple thing around. First, why the obsession? I believe that it’s because nipples are one of the few body parts not exposed on a regular basis. It’s like girls panties when you’re a kid — boys couldn’t see them, so they had one goal in life… to see a pair of those panties.

Perhaps all women should start covering up their wrists. We will all start wearing thick black wrist bands so nobody can see the seductive little bone that sticks out at the base of our hands.

After a while headlines would read, “Anne Hathaway has Wrist-Slip!” And there would be an accompanying, close-up picture of a tiny piece of that wrist bone slipping out from below her wrist band.

Perhaps we film a woman using a breast pump and put it on YouTube. That visual should cure most people.

Or we could just take the Amazon approach and use it to our advantage. There are several stories about the Amazon women warriors. One says they exposed one breast while fighting as a diversion so, while the male soldier was staring at their breast, they could drive a knife through his heart. Other stories say that they cut off their right breast because it got in the way of their archery.

Whatever the case, they used the breast as a source of power.

The next time Congress decides it’s going to play the usual political games and block everything that will help we, the people, let’s send in some beautiful women who have one breast exposed. On that breast will be the words, “Pass the bill if you want to see the other one.” I promise there would be a record number of bills passed.

The breast sustains life. It feeds babies, attracts lovers and is used to sell everything from bras to automobiles. We just need to regain power over how it is used. I, personally, would like to write the following note:

I think your performance in Les Misérables was incredibly powerful. You have immense talent, and it is an honor to watch you on the screen. It is obvious that you work incredibly hard on your craft, and I could care less about your nipples poking out of your dress. Respectfully, Donna

For the rest of you, if you want to stay focused on the nipple, then go ahead. But watch out for the sword that might pierce your chest while you drool.