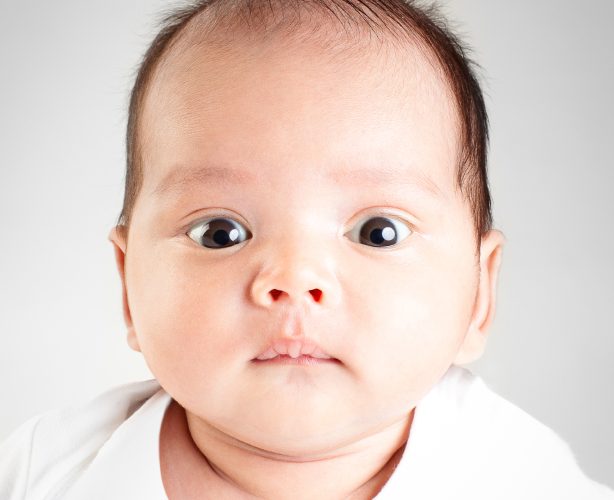 I’ve always heard that women have these natural, maternal instincts that ensure they know their babies from the moment they are born. Well, I beg to differ. Those of you that know me well know this story, but I must share it to support any other young mothers who think they are supposed to take to child-rearing like a duck to water.

I can’t swim, and being a first-time mother was much like the YMCA swimming class I took at the age of eight where the instructor threw me in the deep end of the pool (out of sheer frustration with my inability) and I went under three times and sat on the bottom waiting to die.

Want to know how far I was from maternal instinct? I breast-fed the wrong baby. No kidding. The delivery of my son had been natural (big mistake) and he had broken my tailbone, so they had loaded me up on Demerol and Tylenol with Codeine .

My son was a red-head that weighed 7 lbs. something (see how natural I am? I can’t even remember his weight!). I hadn’t fed him for the first time yet, and since I was all hopped up on the drugs I was sitting up in bed at 1:00 a.m. waiting eagerly for his appearance.

The nurse appeared at my door and held my son up saying “Here’s the Kennedy baby!” Well, I thought she was saying he looked like a Kennedy. I burst out laughing and held out my arms in a very natural, mom-like way. She put the child in my arms, and I took a good look. This baby was really big, round, and had a ton of thick, black hair.

“Wow, they change fast, don’t they?” I said, still woozy from the drugs (yes, it was the drugs, not my complete lack of maternal instinct).

That kid latched on like he was the CEO of the La Leche League and looked at me with a bit of curiosity and disgust since my milk hadn’t come in yet. I found out later he was a C-section baby and was five days old. He was working hard for nothing, and I don’t think he appreciated it at all. Once he had finished, we said an awkward goodbye and he was wheeled out. An hour later a nurse appeared at the door with a red-headed baby and said, “Jacob is ready for his first meal.”

Yes, I breastfed Ms. Kennedy’s baby. The nurse came to tell me later, and I laughed for five minutes.  Ms. Kennedy was not nearly as amused.

So, the next time somebody lectures a young woman on how mothering is a natural instinct, please use my story to prove them wrong and alleviate the guilt of young mothers everywhere who are floundering and splashing in the deep end of new motherhood.